Which Eurocodes do you need for building design?

The following Eurocodes together with their National Annexes are needed for the design of steel framed buildings. For concept design only the Eurcodes highlighted in bold are required. 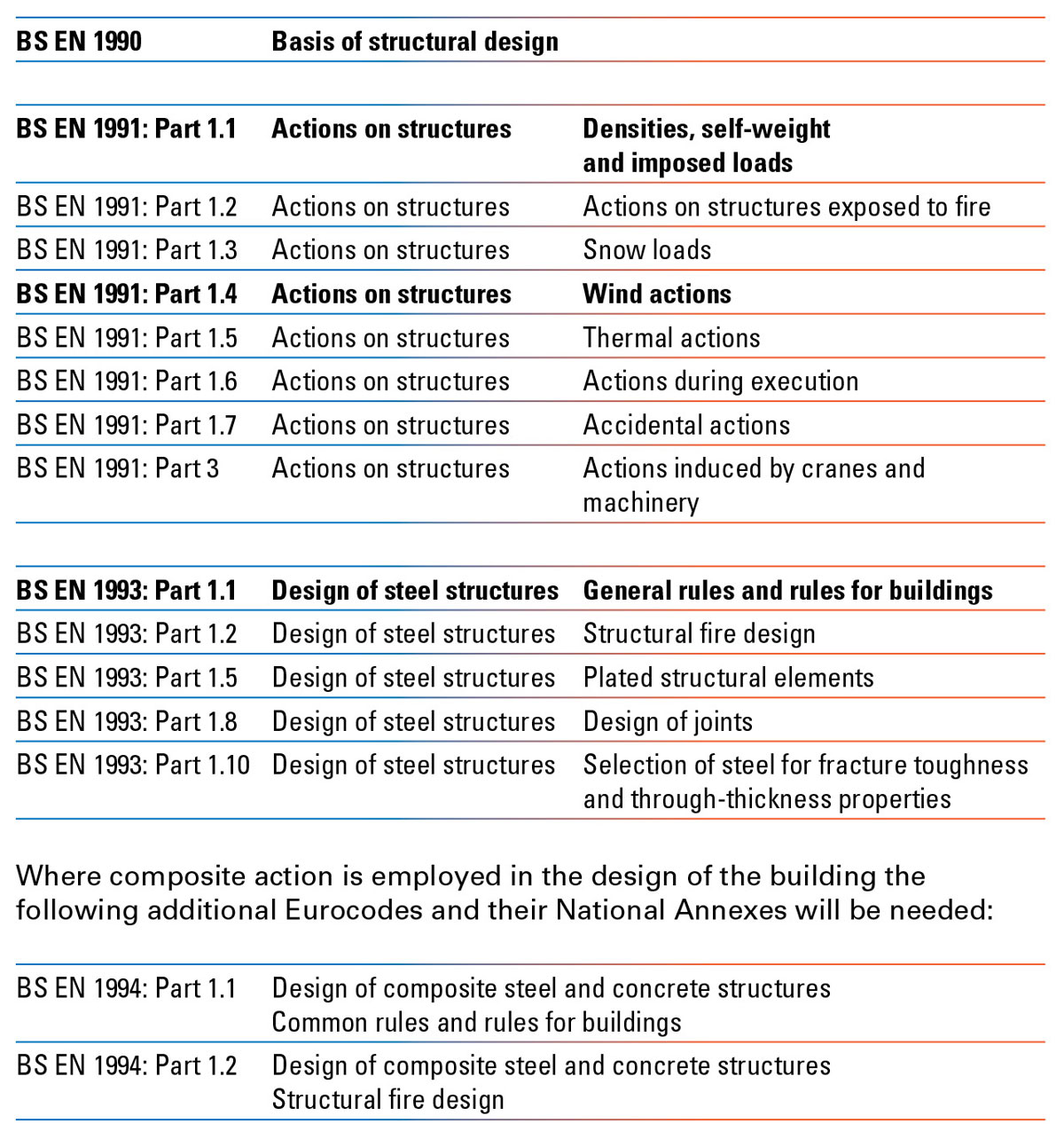 All of these standards have been published by BSI. However, only a handful of the National Annexes are currently available.

What is the National Annex and why is it needed?

The Public comment period for the National Annexes (NAs) for Parts 1.1, 1.2 and 1.8 of Eurocode 3 has recently ended and it is anticipated that these three NAs will be published later in 2007. The NAs for Part 1.9 and 1.10 will go for public comment very shortly. Drafting of the remaining national annexes is progressing and it is expected that most will be available by 2008.

The NA for BS EN 1993-1-1 contains the partial material factors to be used for steel structures to be erected in the UK. These partial factors have been subject to extensive calibration against both test data and the existing national standard BS 5950 Part 1 In the majority of cases the recommended values given in EN 1993-1-1 have been proposed.

For buildings, the minimum service temperature have been aligned with the new European isotherm map given in BS EN 1991-1-5 and temperatures of -10°C and -20°C are proposed for internal steelwork and external steelwork respectively.

In the absence of specific  serviceability limits in the Eurocode itself, the NA gives suggested limits for calculated vertical and horizontal deflections of certain members, and specified the load combination in BS EN 1990 (known as the  characteristic load combination) when deflections should be checked..

In addition to the National Annex, designers will need to refer to Non-conflicting complementary information (NCCI) which, as the name suggests, supports the use of the Eurocodes with useful guidance not given in the Standards themselves. Much NCCI is already available in Access Steel (see box). In due course a comprehensive list of NCCI will be published for use by designers.