Construction surges ahead on Olympic Stadium 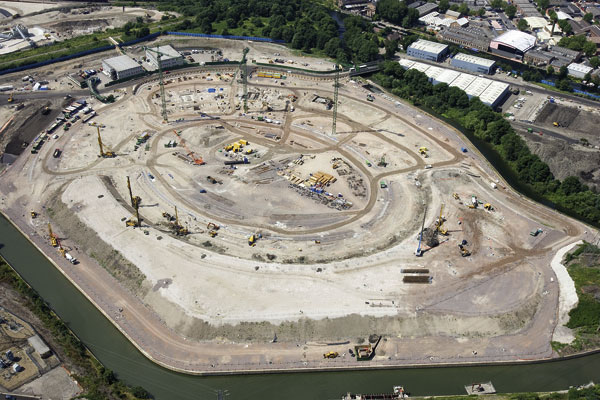 The construction of the Olympic Stadium in east London is surging ahead with piling work to create the permanent foundation expected to be completed this month.

Olympic Delivery Authority Chief Executive David Higgins, said: “The stadium site is now a hive of activity and over the coming months we will see the structure start to rise from the ground.”

More than 800,000t of soil has been taken away to help create the construction platform for the stadium, an amount that would fill the Royal Albert Hall nine times.

Tower cranes are now in position within the stadium bowl and steel erection is scheduled to begin over the coming months. The highly sustainable structure will require 10,000t of structural steel making it the lightest Olympic stadium to date.