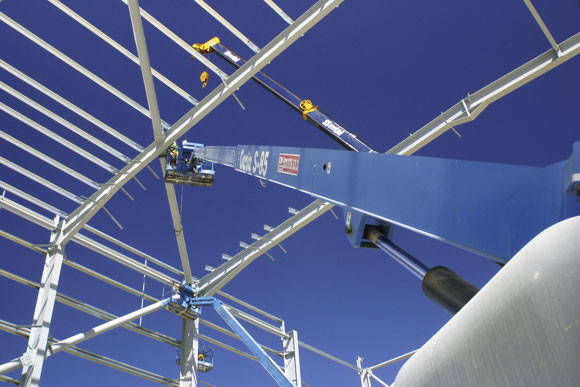 Nimbus Park is part of the overall regeneration of South Yorkshire

A new mega-warehouse will form one of the centre pieces on a rapidly expanding business park in South Yorkshire.

The Nimbus Park development is being constructed on a 20 hectare site situated on former farmland adjacent to the M18 near Doncaster.

A number of prestigious companies have already occupied premises on the park, including BMW, and the latest phase will see a new mega-warehouse taking shape over the coming weeks.

The site benefits from being well connected to the motorway network and rail, as the East Coast Mainline runs alongside the project. There is the potential, depending on the new warehouse occupiers’ preference, to install a railway siding to serve rail freight transport.

The latest warehouse is a steel framed structure which is being erected and fabricated by Conder Structures for main contractor Tolent. Conder says it will erect 2,750t of structural steelwork for the 77,600m² warehousing and distribution complex. 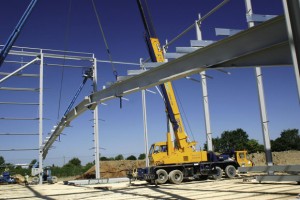 The complex will have 113 trailer

The light grey painted steelwork will eventually create a five-span portal framed facility with dimensions of 200m x 338m and offering 3,374m² of office accommodation on three levels. Rising to 15.5m at the eaves, the structure will incorporate features as 92 dock-level entry doors, plus car parking for 610 vehicles.

Prior to any steel being erected, Tolent had to bring foundation specialist Roger Bulllivant on site to install 20,650 piles to firm up the poor sandy ground conditions. An average of 460 columns, each measuring 6m, were installed each day during May. The columns were created on a grid layout with 2m spacings, underneath a floor slab with a loading of 60kN/m² and at 1.3m centres beneath the foundations to receive the warehouse’s steel frame structure.

Because of its size and number of features the project developers Helioslough has appointed international property consultants King Sturge as joint lettings agents.

Richard Harris, Commercial  Development Partner at King Sturge said: “This exciting, strategic development offers a major opportunity for an occupier to create a large international storage and distribution centre in a central location within the UK, while contributing to the regeneration of this part of South Yorkshire.