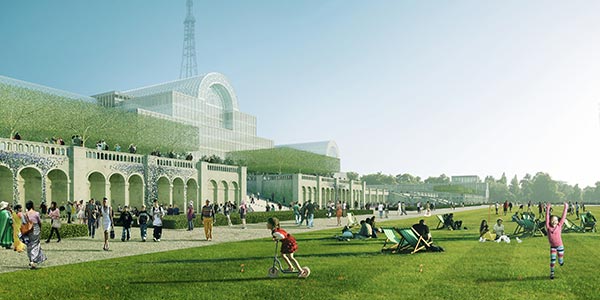 A £500M plan to rebuild the historic Crystal Palace and restore the surrounding parkland in south London has been announced.

Designed by Sir Joseph Paxton to house the 1851 Great Exhibition in Hyde Park, the palace was the largest iron and glass structure in the world. After the exhibition the entire building was dismantled and relocated to south London.

Chinese investor ZhongRong Group has appointed Arup to develop a concept for the ambitious project, which will recreate the Victorian structure (with steel and glass) on the exact spot it previously occupied until it burnt down in 1936.

The new Crystal Palace will be approximately 500m long and 50m tall, and include a hotel, conference facilities and commercial space.

“London is renowned across the world for its history and culture and the former Crystal Palace is celebrated in China as a magnificent achievement. This project is a once in a lifetime opportunity to bring its spirit back to life,” said Ni Zhaoxing Chairman of the ZhongRong Group.