Posted on July 14, 2017 by NSC in Profile, This month's featured stories 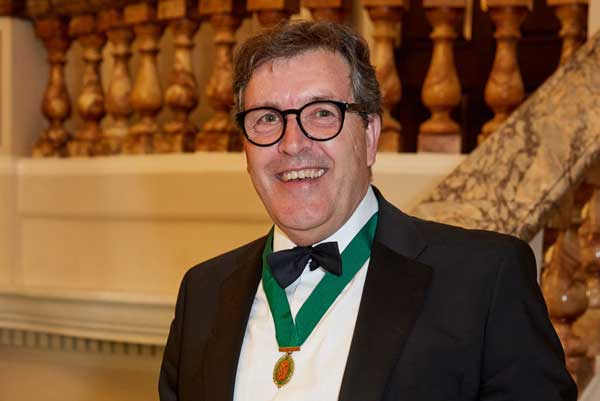 Meeting the challenges of continuous change and uncertainty is the day-to-day business of senior management, but new BCSA President Tim Outteridge is becoming a steel construction sector figurehead at a time when an unusually large number of challenges loom.

Steel construction has enjoyed a few years of steady growth since the credit crisis and recession, which it came through in good shape. Now leaving the European Union is throwing up new challenges that nobody even imagined having to grapple with until the Brexit referendum a year ago, and that nobody has any experience of dealing with, all to be managed by a newly elected minority government.

Construction meanwhile is responding to new client expectations that demand more collaborative approaches to working. In addition, developers and investors fear that interest rates might rise worldwide. Uncertainty reigns and there are concerns that the project backburner could become over-crowded. “It does feel that the gas has been turned down a bit since the election,” says Tim, “although the underlying sentiment remains broadly positive. And we have a lot to respond to away from issues that Brexit might throw up.”

From Perthshire stock, Tim studied Civil Engineering at St Mary’s in Southampton and has had a 25-year career in civil engineering as well as steel bridge and building construction. He is now International Sales Director at Cleveland Bridge UK, which gives him a vantage point to see how construction sectors work in other countries as well as how international contractors operate. Tim’s career as a subcontractor has focused on steel structures and bridges, and he is passionate about the steelwork sector and its ability to deliver steelwork contracts cost effectively, on time and to the client’s specification. 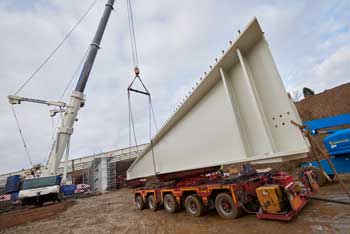 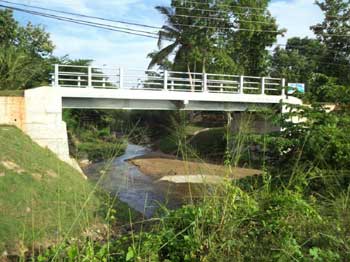 Cleveland Bridge is of course a world recognised brand, one of the UK’s leading bridge builders with a 140-year history of delivering major structures across the globe. Current exports include contracts for UK designed and fabricated rural bridges to Sri Lanka, all being built at its Darlington Factory. Tim is really proud that a quality British product is competitive and exportable in a very demanding arena.

Tim has extensive commercial experience and is a Fellow of the Chartered Institute of Marketing. His experience in the structural steelwork sector includes senior positions at Bourne Steel Ltd and Mabey Bridge. In his role as BCSA’s Deputy President over the past three years Tim supported the implementation of CE marking for the structural steelwork sector, the development of a new apprenticeship framework and the introduction of the BIM Charter while also serving as a member of the Steel Construction Certification Scheme. Tim sits on the UK Metals Council representing the views and interests of the BCSA membership.

A formative part of Tim’s early career was spent with Balfour Beatty, where he had a ‘four-year baptism of fire’ of training on major projects as diverse as power stations, water treatment plants and breweries. “It was good training, I was well mentored and trainees received a lot of pastoral care,” he remembers. The construction environment in the 1980’s and 1990’s was a commercially aggressive one, an industry feature that he is glad to see has faded. “I am happy those days have passed, they couldn’t continue.”

He wanted overseas experience so in the 1990’s he went to the Middle East and Africa where he freelanced. His re-entry to UK construction came oddly enough, with concrete frame contractors who he enjoyed success in winning work for. Steel frames, he discovered, were similar to concrete frames in the way that they were bid for and his work winning skills caught the attention of Bourne Steel.

“I met David Sands in 2004 when he Chaired Bourne Steel and he impressed me a lot. I appreciated the way he did things and I had enormous respect for him. I knew I would emerge from working with him as a better person.”

After a successful period with Bourne Steel his career took him to Belgium for a short spell with steel contractor Victor Buyck until Mabey Bridge made him an offer to return to the UK. He enjoyed great success running Mabey’s UK bridges operation until the company decided to withdraw from UK infrastructure.

Cleveland Bridge had been acquired by new owners in 2000. Tim took an opportunity to join Chris Droogan, his managing director at Mabey Bridge, who was now heading up a reinvigorated company that was being supported by its new owners as it strove to re-establish its great name as a force in world markets.

“The first two full financial years that Chris has led have seen significant improvements to virtually all areas of the business, not least of which that we’re profitable. We are now focused on repositioning the company with clients in the UK and overseas, with new systems and processes. Clients have responded well and we have won contracts on the A14, A1 Barton to Leeming, Newtown bypass and Aberdeen Western Perimeter Road where we delivered by road some of the longest girders the UK has seen.”

Tim notes that the UK infrastructure and international sectors are showing promise and good potential. Tim is confident that Cleveland will win increased market share through providing a good service to its customers and having a positive impact on the communities in which they’re working.

Being a Deputy President of the BCSA is a highly rewarding experience, says Tim. “It places you in the front line of reinforcing the use of UK steelwork, and demonstrating to clients and end-users the value in the high standards the industry has set”.

“It has also been very interesting attending regional meetings and becoming more familiar with the wide variety of skills and experience our members embody. We are a nation of entrepreneurial engineers and we have a perfect opportunity to showcase our talents for high quality manufacturing.”

One feature of Tim’s time as President will be a raised profile for the role. An early sign of that will be the launch of a series of Presidential columns in NSC, that will reveal what he sees as some of the key issues facing the steelwork sector and its clients. “There are a number of developments taking place in the wider economy, in the construction industry and in the steelwork sector itself, which I believe the BCSA President should be seen to be commenting on, signaling the steelwork sector’s willingness to promote change and to play a leading role in creating the construction industry that best serves a modern economy.”

Streamlining the prequalification processes is a target, one he realises will take a concerted effort to reform. “Through BuildUK and others it is now being acknowledged that Trade Associations can do a lot of that, saving everyone a lot of duplicated work. This will be a job for a few years though, I don’t expect a quick result.”

Driving efficiencies into procurement processes and taking out wasted effort has been a long-term ambition. “The world is changing, the way we trade and do business is also changing, it would be really good to see the construction industry lead the change and drive out the wasted effort and direct it to positive use,” says Tim.

Home is in West London where he lives with his partner. He also has two daughters at University. Away from work he is a keen golfer at the London Scottish Golf Club and a supporter of Fulham FC. Not that there has been much time for either recently.  “Between the Deputy President years and the presidential period I will have worked with the BCSA for six years and I am enjoying it immensely. I want my contribution to make a difference.”