Bridge opens up redevelopment for Gloucester 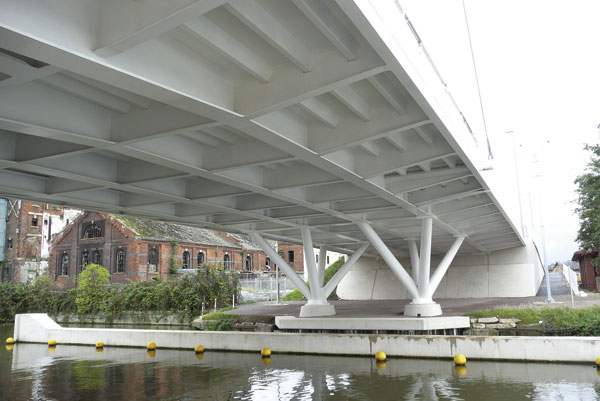 The steel bridge deck was supplied and erected by Rowecord Engineering and measures 28m long x 16m wide. It weighs around 200t, with an additional concrete and steel 100t counterweight in the tail section of the bridge.

The bridge deck rotates 69 degrees around a horizontal axis, to allow entry to a 12.5m wide navigation channel.