Big cores going up in Bi-Steel 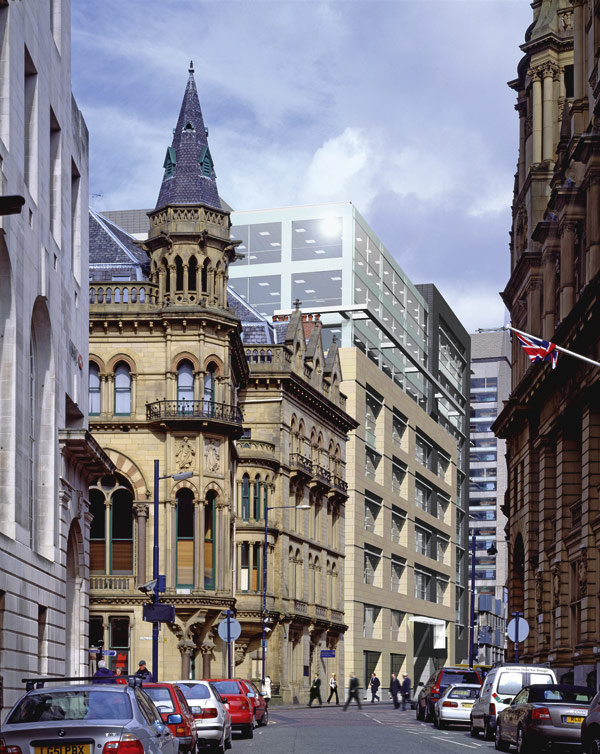 Two large Corefast cores are being erected at
40 Springardens, Manchester

Erection of the largest example yet of the Corus Bi-Steel Corefast system is underway at the 40 Springardens office development in Manchester. A four-bank Corefast central lift core is being erected, plus a Corefast combined lift and stair core for the building’s two basement storeys and first six storeys above ground. The upper three storeys will be constructed as a braced steel frame.

The Corefast cores are being formed on site over a period of three weeks from around 90 individual Bi-Steel panels. These have been fabricated by Corus and are being delivered to site in 12m long, 3t, C, L and T sections. Bolted together and filled with concrete, the panels create an extremely strong composite structure that can be formed much quicker than conventional reinforced concrete cores.

The 40 Springardens development contains in excess of 1000t of steelwork. Ultimate responsibility for design of the building’s cores remains with structural engineer White Young Green, but Corus Bi-Steel has redesigned the originally proposed RC structures to create Corefast cores equivalent in structural performance with connections preconfigured. According to Kent, the cores could have been fully constructed within two weeks, but three weeks has been allowed for this large use of the system.