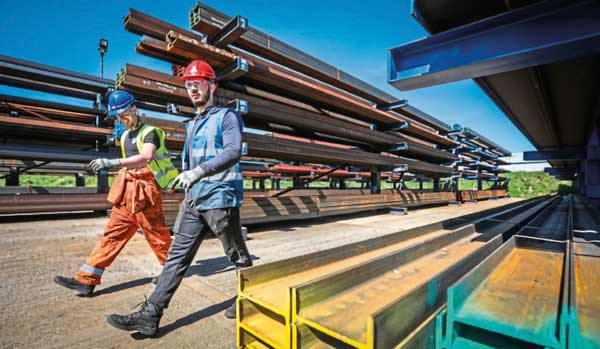 Using its Montrose base as a launch pad, steel stockholder Barrett Steel says it has ambitious Scotland-wide expansion plans.

Barrett Steel views its Montrose operation as the first part of a potential three-phase plan that could see it expand into Scotland’s central belt to the south and the Inverness area in the north.

The firm’s Montrose arm currently focusses on an area that runs from Aberdeen to the Forth Bridge.
Strategic Business Development Director Rob Ridge says the company had just one employee in 2016 in Montrose and now has a total of 32 members of staff.

Substantial investments of £2M in stock and a further £1M in plant and machinery at the Montrose base has seen the firm sell 17,500t of steel per year.

Barrett Steel has already expanded its Scottish operation. In addition to its three-acre outdoor storage yard and warehouse in Montrose, the company now has a second warehouse in the town as well as a presence in Dundee and Bathgate.