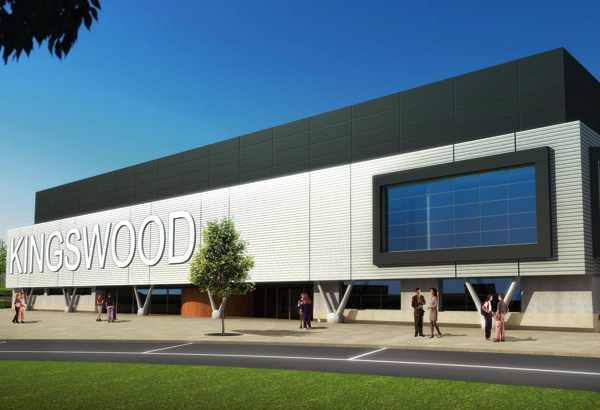 Kingswood School in Corby, Northamptonshire is being rebuilt with the aid of 500t of structural steelwork supplied by Caunton Engineering on a design and build basis.

The new two and three storey school will eventually cater for 1,200 pupils and is being built adjacent to the existing school and also on the site of the former Our Lady and Pope John School which was recently demolished.

The existing Kingswood School is a highly regarded arts college and the new facilities will include speciality drama rooms, which will consist of a theatre and an outdoor amphitheatre, a recording studio, rehearsal rooms and a dance studio.

One of the main features of the school will be a large atrium roofed with ETFE. Caunton’s Marketing Director Geoffrey Taylor said: “ETFE has life-span said to be 25 years, after which it can be replaced in a process that promises to be much easier than conventional re-roofing. It is lightweight compared with conventional roofing materials, and so attractive too it helps to embellish the steel framework which thanks to creative architecture is already very striking.”

Main contractor for the project is Interserve and the school is on course to open in September 2010.