All change at New Street Station 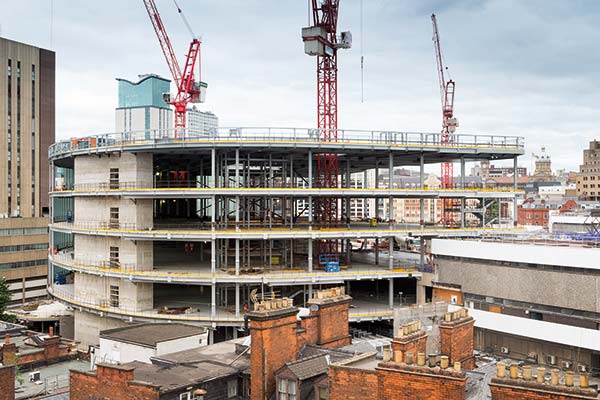 Major changes are taking place at Birmingham New Street, the UK’s busiest station outside of London.

A major redevelopment of the station is underway, work which includes more accessible platforms, a new concourse enclosed by a large atrium and a new multi-storey car park.

A shopping centre, known as Grand Central, will form a major element of the project’s atrium. It will be anchored by a four-storey 23,500m² John Lewis store which is scheduled to top out this month (September).

Working on behalf of main contractor Mace, Severfleld-Watson Structures has erected 2,850t of structural steelwork for the store.

Other notable steelwork elements of the on going project include a new station façade and a series of large arched trusses that will form the main atrium.