AD 300: Paint on the Outer Face of Cover Plates and Preloaded Bolts. 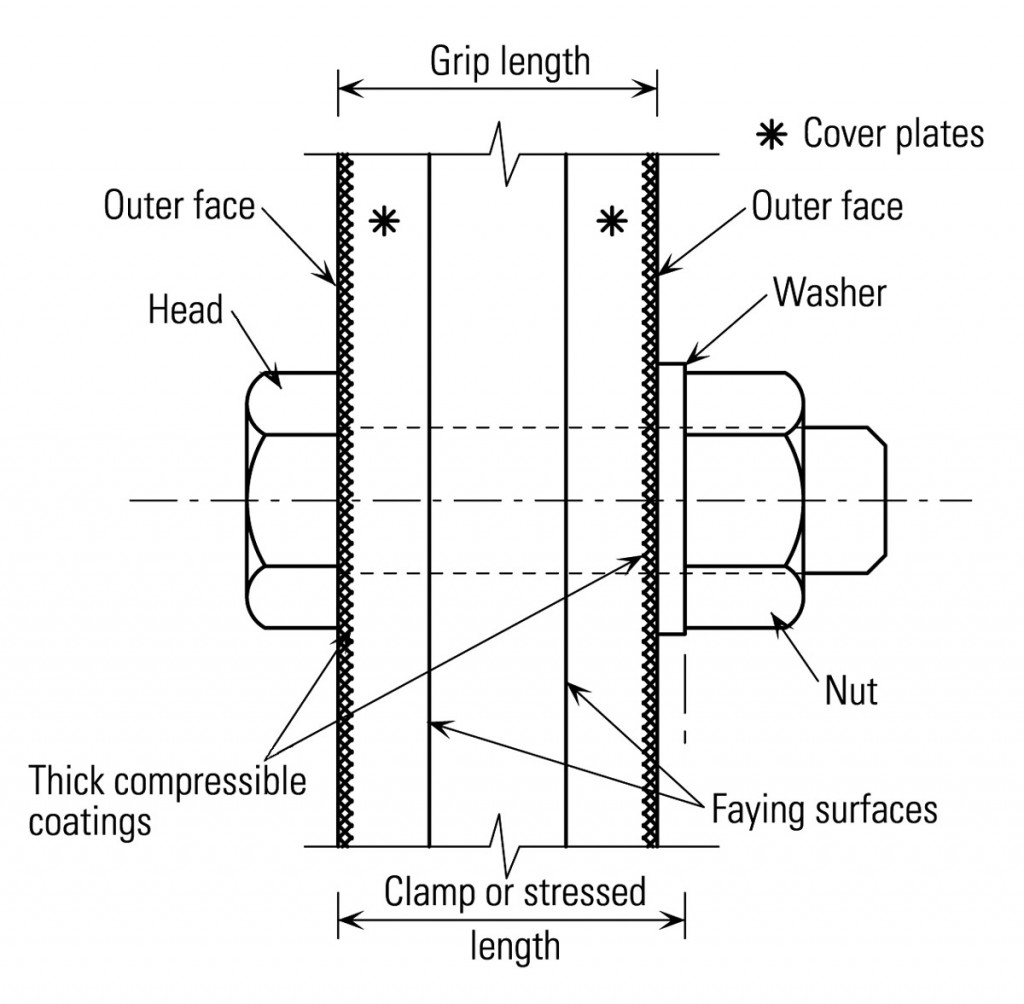 The advisory desk has recently been asked about the effect of paint on the outer faces of cover plates on the specified minimum preload of preloaded bolts. The question has arisen because of the increasing use of offsite applied fire protection and multi-coat paint systems.

Figure 1 shows bad practice with a paint layer under both the head and washer. There is a concern that thick coatings will slowly ‘creep’ due to the preload on the bolt and that
the preload is reduced
below the specified minimum value.

Therefore, the connection design assumption regarding slip may be rendered invalid. The same issue would arise if the paint were applied on site before the bolts were preloaded.

The SCI’s advice is that where possible no paint or sealer should be permitted on the outer face of cover plates in the vicinity of the preloaded bolts prior to preloading. The outer faces of the cover plates should be masked off prior to painting and protected during transport and erection of the steelwork. When the connection has been assembled and the bolts preloaded the paint system for the steelwork must be made good around the connection.

Occasionally it is necessary to use a site holding primer on the outer face of the cover plate but the total dry film thickness of the coating should not exceed 20 microns. The figure of 20 microns is taken from clause NG 1906-8, Notes for Guidance on the Specification for Highways works – Protection of Steelwork against Corrosion.