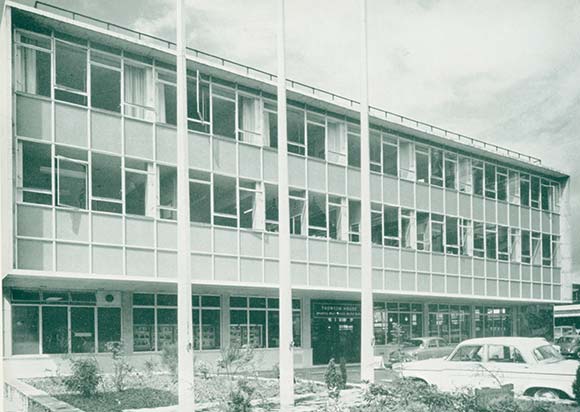 In designing the framework of a building to house newspaper plant and offices and in choosing the material to be used in its construction, the designer must give due regard not only to the present requirements of the building but also anticipate possible future requirements. An objective study of the of the function of this type of building will soon show one material to have outstanding advantages over all others and, in fact, to be the automatic choice of any architect or engineer with experience of this building type. The same material is the universal preference of the works engineer, the man who has to live with the building.

The material with these advantages is structural steelwork and, primarily, its favoured position results from its flexibility both in initial construction and alterations. It is this quality of flexibility that has allowed major changes to be made in course of construction due to new plant being announced and which has allowed buildings erected 75 years ago to be kept up-to-date as production units and still to have a recognisable framework.

The main design feature of a building of this type is the heavy floor loadings required for almost all areas, including those sometimes thought of as office areas, combined with a preference for uninterrupted floor areas from choice in some departments and for operating efficiency in others. This latter feature is complicated by the fact that a newspaper functions most efficiently in a multi-storey building and by the fact that the areas requiring clear floor space for efficiency are those forming the lowest storeys of the building. The main units in this category are the publishing or despatch department and the press or the machine room. 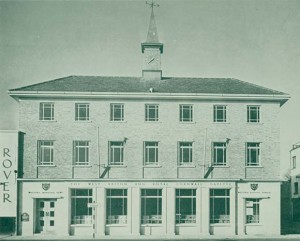 Offices and printing works for the West Briton and Royal Cornwall Gazette, Truro

In the case of the press room, the clear spans required are in the region of 55 ft. to 100 ft. depending on the number of lines of presses and the direction. Providing spans of this order is complicated by the necessity to support floors with fairly heavy loadings on the structure spanning these areas. These floor loadings can be in the order of 4 cwt per sq. ft. The design of the supporting structure is further complicated, particularly in metropolitan and urban areas, by the necessity to keep the depth of construction to a minimum because of planning and other regulations governing height.

In considering this problem, the designer must also keep well in mind the effect of the construction on the type of floor to be provided. In newspaper buildings, a large number of holes are required in floors, particularly in the lower parts of the building and a good proportion of these are required to be formed after construction. Because of this, special composite systems of construction which, under some conditions, reduce the depth and weight of construction to a minimum, are unsuitable for this type of building. Invariably, the use of special systems of construction involves the acceptance of limitations in the adaptation of the structure at a later date.

Of simple systems of construction, structural steelwork offers the shallowest and lightest construction. Where, of necessity, columns must be introduced internally in the building, particularly in relation to the press room, the reduction in cross-sectional area of steel columns compared with those of other materials and the consequent reduction in the obstruction resulting from their use is an obvious advantage.

In favouring structural steelwork for its flexibility, the designer provides the building owner with structural system most likely to produce a building with a long efficient life for the production of his newspaper. It is unusual for a newspaper building to be designed, built  and equipped in one operation. Although the building may be built as a complete unit, installation of the equipment will almost certainly be spread over a number of years. Under such conditions it is obvious that new plant may appear and that the building owner may have second thoughts on plant layout. If he is to be in a position to install up-to-date plant or alter his layout in search of increased efficiency, he must be able to adapt his existing building.

While it is not denied that adaptation and alteration can be carried out to buildings of other structural systems it is contended that only a structural steelwork frame can be successfully altered and adapted under the conditions prevailing in and peculiar to the newspaper industry. Among these conditions are:

Consequently, all alterations must be carried out with the building in full production and any disturbance to production departments must not interfere with or delay production. With a structural frame of steel these considerations can be fulfilled.

A further contention is that only with a frame of structural steelwork will the building survive the peculiar conditions of life in a newspaper industry as a frame building and not become obsolete in a fairly short space of time. 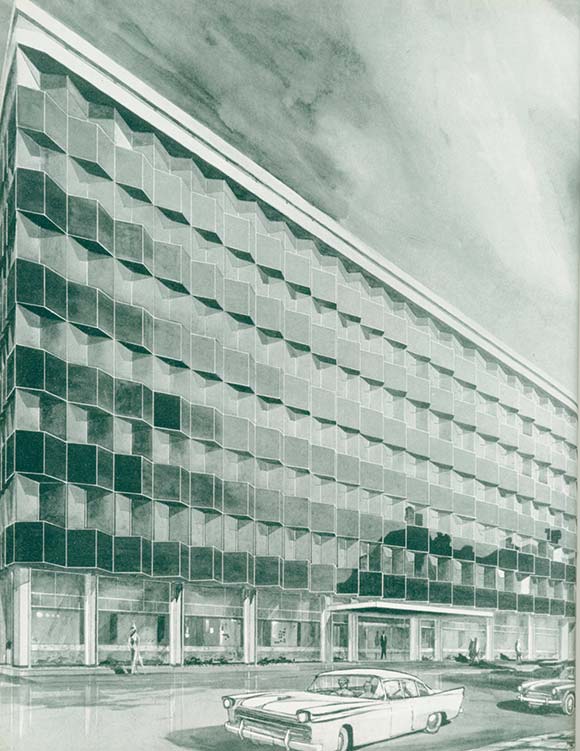 New offices for the Sunday Times and the headquarters of Thomson Newspapers, Grays Inn Road