40 Years Ago: University of Liverpool 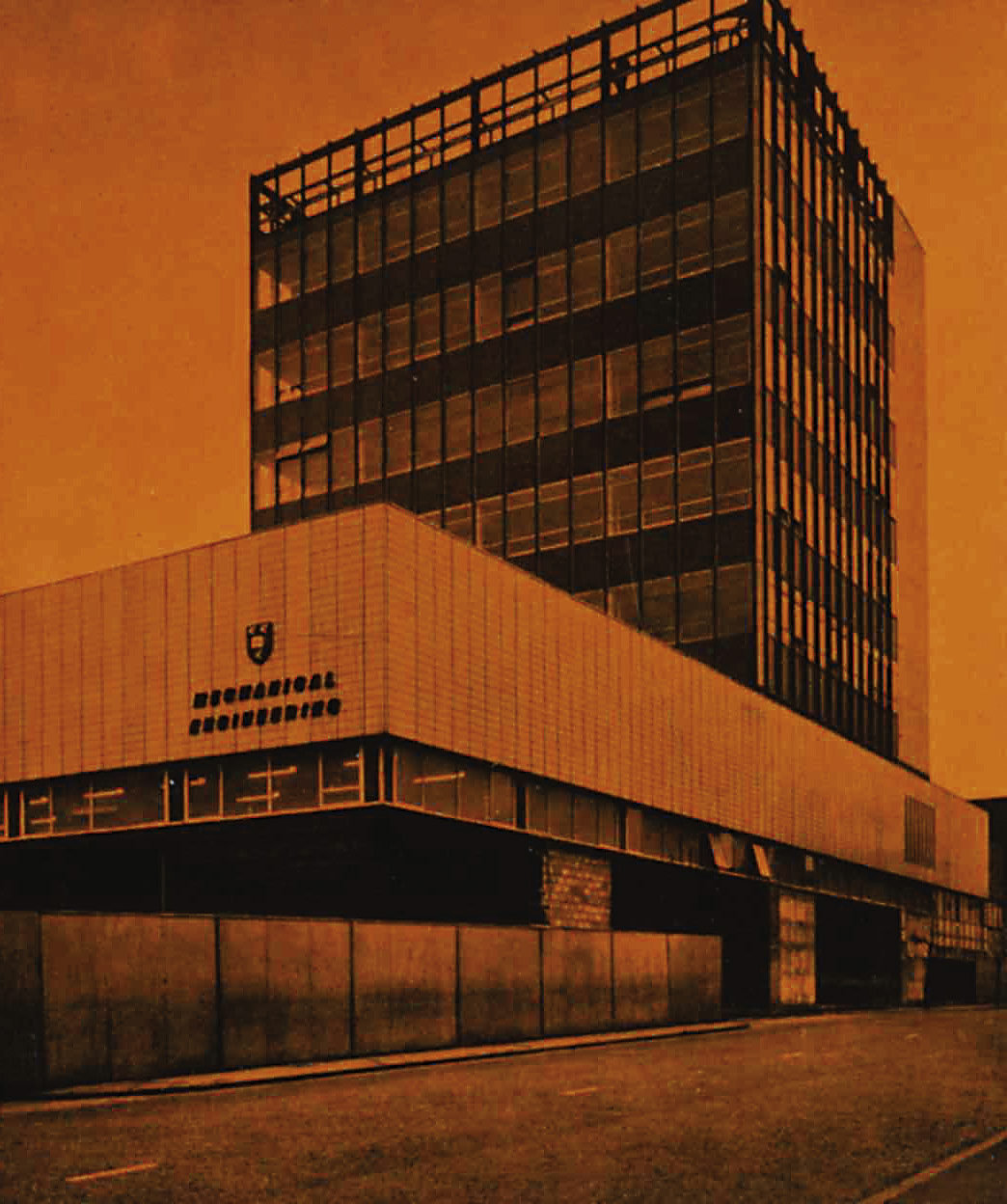 The choice between steel and concrete frequently confronts both Architects and Engineers at the very earliest stage in many projects. The Mechanical Engineering Building at the University of Liverpool was such a project, where the principal factors affecting this decision were:

1. The shape and peculiarities of the site
2. Planning requirements
3. Availability of suitable labour

The site is roughly triangular – the northern side has a 65 ft. wide by 60 ft. deep railway cutting as its boundary and there is a main road along its southern side. There was to be a bridge spanning the cutting and joining existing buildings.

The use of in situ reinforced concrete for the structural frame would have entailed the use of a large number of carpenters and joiners. Enquiries indicated that the probable availability of such labour during the expected erection period was most unfavourable.

Owing to severe limitations imposed by the site conditions once the foundations and basement walls had been constructed and the restricted area available for the storage of materials, steelwork was selected for the main frames. It was considered that this would solve most of the problems and, by adhering to a carefully prepared delivery programme, proved most successful in practice.