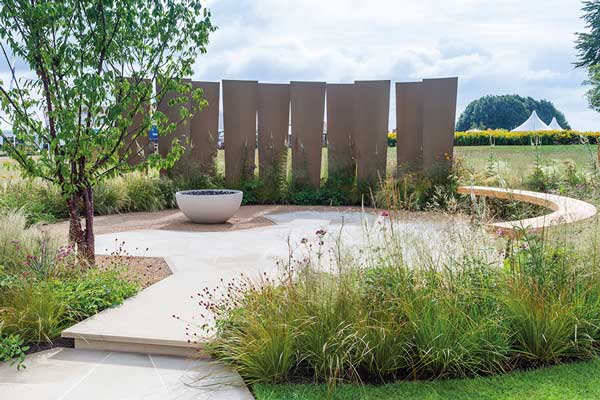 The theme of garden was ‘From Hop to Glass’ and combined grasses and powder-coated metal sheets in a circular arrangement to represent the company’s 190th anniversary and the brewing industry in general.

The planting aimed to embody the head of a pint of beer, with a curved timber bench mirroring the comfortable layout of a bar.

A ‘lazy river’ encompassed the garden, providing a water feature. This section owed its existence to the fabrication expertise of Barnshaws, who fabricated the river channel.

Barnshaws’ Manchester Regional Director Wayne Salkeld said: “Metal bending offers huge opportunities to designers, and we were very excited to work on this particular element of the garden.