Dr David Moore explains the concept of Execution Class and provides guidance on selecting the right level of quality and assurance controls needed to ensure a structure meets the engineer’s design assumptions. 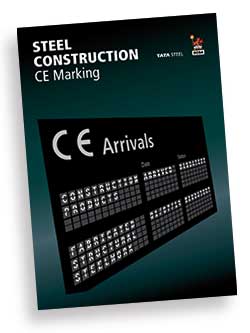 This resulted in a normative Annex A which groups some of the more important requirements in to four classes to facilitate a consistent selection. These classes are called ‘Execution Classes’ and are defined as ‘classified sets of requirements specified for the execution of the works as a whole, of an individual component or of a detail of a component’.

BS EN 1090-2 includes an Informative Annex B that ‘provides guidance for the choice of execution classes with respect to those execution factors that affect the overall reliability of the completed works.’

Execution class is a relatively new concept. However in recent months the constructional steelwork industry has become more aware of it, particularly, with the establishment of the Construction Products Regulation on 1st July 2013 and the introduction of the harmonised standard, BS EN 1090-1, Execution of steel structures and aluminium structures: Part 1 – Requirements for conformity assessment of structural components’ a year later on the 1st July 2014 and the mandatory CE Marking of fabricated steel and aluminium components.

BS EN 1090-2 lists four execution classes which range from Execution Class 1 which gives the lowest set of requirements to Execution Class 4 which gives a higher, more stringent set of requirements. Annex B of BS EN 1090-2 gives a relationship between Consequences Class, Production Category and Service Category for determining the Execution class of a particular structure (see Table 1).

Service Categories are used to consider the risk from the actions to which the structure and its parts are likely to be exposed to during construction and use, such as static, fatigue and the likelihood of seismic actions. SC1 relates to static, quasi-static and regions of low seismic actions while SC2 is for fatigue actions according to BS EN 1993-1-9 and regions with medium or high seismic activities.

Complete definitions of both Service Category and Production Category are given in Annex B of BS EN 1090-2.

Applying these recommendations to a range of structures leads generally to the following relationship between Execution Class and type of structure:

Execution Class is used in two ways. Firstly by steelwork contractors to put in place a set of manufacturing process controls that form part of a certified factory production control system for CE Marking fabricated steelwork. This has the effect of dividing the fabrication industry into companies with one of four sets of quality control processes.

Secondly Execution Class is a design issue and is used by designers/specifiers to determine the controls required during fabrication to meet their design assumptions. This second issue is less well known and understood by specifiers and engineers. This is partly because the recommendations on the determination of Execution Class are in the fabrication standard BS EN 1090-2 and partly because the concept is a new one.

To redress this situation the European Committee for Standardisation (CEN) recently issued an amendment to BS EN 1993-1-1: ‘Eurocode 3: Design of steel structures – Part 1.1: General rules and rules for buildings.’ The amendment includes a new Annex C ‘Determination of Execution Class’ which makes it clear that it is the specifier’s responsibility to determine the Execution Class. Annex C also recommends Table 2 (below) for the selection of Execution Class.

This table is different to the one given in Annex B of BS EN 1090-2. Service Category has been replaced by ‘Type of loading’, Production Category has been removed and Execution Class 4 is reserved for ‘structures with extreme consequences of structural failure’.

The other major difference is that the Annex C of BS EN 1993-1-1 is normative and must be used whereas Annex B of BS EN 1090-2 is informative and allows specifiers the freedom to base execution class on their own experience.

Annex C of BS EN 1993-1-1 allows member states to either use Table 2 or recommend an alternative approach in a National Annex. Currently BSI committee CB/203 is discussing the approach to be adopted in the UK National Annex.

The concept of Execution Class is relatively new to the majority of the construction industry but it offers the industry a common approach to selecting the right level of quality and assurance controls needed to ensure the structure meets the engineer’s design assumptions.

This is available free at: www.steelconstruction.info/Steel_construction_news