September 30, 2014 by NSC in Profile, This month's featured stories 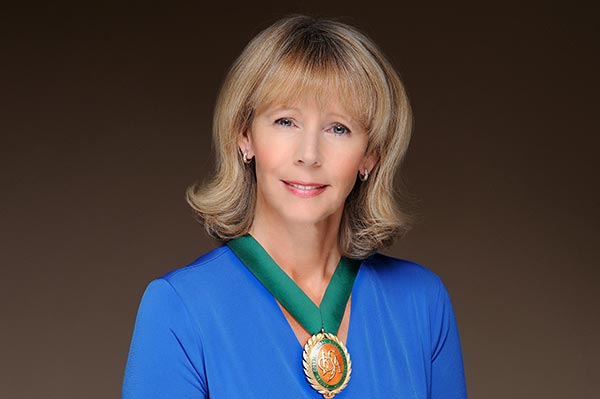 Many chief executives can proudly boast that there are no jobs on the shop floor of their factories that they haven’t done or can’t do. BCSA’s first female President Wendy Coney, owner and Managing Director of Shipley Structures, is one of them.

Wendy had a different start to her career than any of her steelwork contractor counterparts, having originally opted for a career as a nurse.  Her journey from intensive care nursing to leading one of the UK’s most successful medium sized steelwork contractors is probably unique in the UK construction industry.

The company was founded in Grantham by Wendy’s father David Maddocks in 1982, It quickly built a sound reputation as a reliable, quality subcontractor to bigger steelwork contractors. David’s background was in engineering. “Structural steel was only one of his business interests,” Wendy says, “The company also produced moulds and conveyors for power stations, the coal mines and railways.

“With mining going into decline, we had to change.” Recession in the early 1990’s meant that work dried up so the company started to build its own client base by moving into design, build and erect.

Today Shipley Structures continues to grow, operating from a 50,000 sq ft factory based on a 7.5 acres site  in Lincolnshire. It specialises in steelwork projects up to circa £2M and has an impressive design and build pedigree. A Maggies Care Centre for cancer care  – the only steel framed one so far – made the Structural Steel Design Awards shortlist in 2012.

Some projects Shipley Structures have made major contributions towards 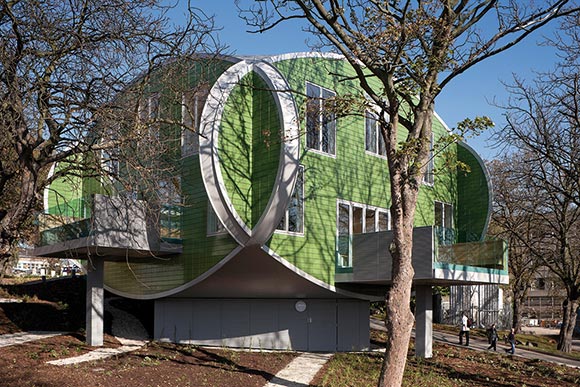 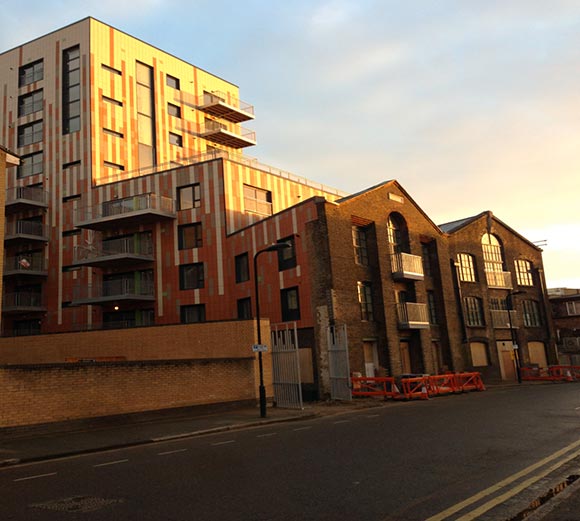 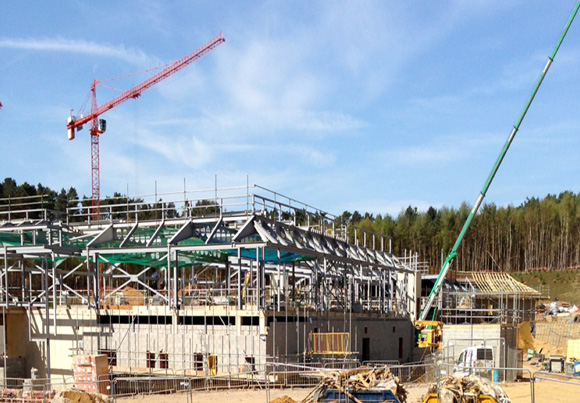 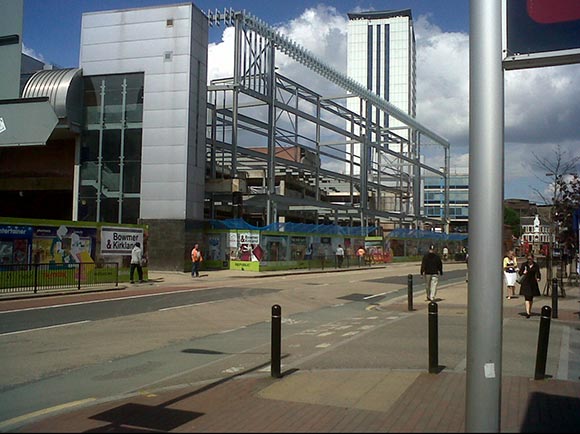 Other recent projects include a steel frame for a new wing at Colchester Hospital, a series of schools in Peterborough, College buildings in Nottingham, Extensive refurbishment of Oxford University and the new Centre Parcs development in Woburn. A typical project will involve around 700t of structural steelwork, but the value could vary between £1M and £2M depending on the design and complexity of the project.

Wendy joined the company for a few weeks to help out when her father set up the business but ended up staying: “I never left,” she said.

“At school I had no definite idea what I wanted to do for a career, but as my mother, aunts and grandmother had been nurses, it seemed the natural route to take. I was always interested in my father’s business and I had no brothers. But being female, it wasn’t an obvious career choice and I never thought I would work in the fabrication workshop.”

From the beginning, Wendy accepted that she had to learn how to do everything, so she settled down for a few years doing her apprentice training on the shop floor. “I enjoyed all aspects, especially fabricating, reading a drawing and the satisfaction of putting something together. However I think I would now need a little practice to be allowed back on the shop floor welding!”

”I was thrown in at the deep end and learned new skills on every new project; basic things like how to calculate the weight of steel, not at all difficult once you know how and really interesting to realise doing something practical involves simple maths that anyone can do.”

Running her first job for a water treatment works, involved every aspect, from estimating to erecting on a job that had curves, galvanized steel painted with three coats, including the cold rolled and sheeted! “It was a steep learning curve,” she recalls.

This shop floor experience has made Wendy a passionate advocate of apprenticeships. “I’m living proof that regardless of your gender or background you can do it. We have to educate and encourage our young people of today, schools and parents have to think hard when advising our youngsters, careers in Construction can be very rewarding at all levels”

Having been involved with the business for several years, Wendy did eventually find time to get married and have two children, a boy and a girl now in their teens. Richard Wendy’s husband is a farmer, who runs his own business.

“My father had a love of narrow boats and was just finding time to enjoy the many canal networks when he was diagnosed with cancer and sadly lost his battle a year later as did my sister. During this time I was pregnant with my second child, it was an emotional roller coaster but running a business doesn’t allow the luxury of maternity leave and without my father to step back in as he did with my first. Baby would often have to come to the office. I had a dedicated hardworking workforce who I felt very loyal too, closing down was never an option.”

Today Shipley Structures is looking ahead to better times than the recent past when demand for structural steelwork fell in line with the global economic crisis. “I remember times before the 1990’s recession when you didn’t even have time to prepare a full quote. When we did subcontract work for bigger steelwork contractors, work was sent across and prices agreed later. Agreeing a fair rate for the job was never in question, there was a great tradition of trust and fairness.”

Shipley Structures joined the BCSA in 1991 and Wendy took over full responsibility for running the company following the untimely death of her father.

“We now subcontract some work back to BCSA companies that we used to work for, One of the great and interesting things about BCSA membership, is knowing that we are all rival companies, but you can call on any of them for technical and best practice advice, and it will be freely given. It must be unique in industry that you can call on competitors for advice on how to do things better.”

Wendy is acutely aware that a lot of eyes will be on her as the first female president of the BCSA, but she is used to that. “It was a lonely trail,” she recalls. “Being on the shop floor didn’t mean I was fully one of the lads, and being the owners daughter you never really mix in the same way as the others. I was never asked to go out for a beer after work for example.”

“To be the first female President of the BCSA is a great honour, a huge responsibility and also a great opportunity to promote women in construction.

“I am a passionate believer in women being given the same opportunities as men, This is an era when there is a big push for more women to take on STEM roles and the BCSA is rightly behind that.

“I don’t like the idea of positive discrimination though; women should be given  opportunities but not pushed into roles just to make up the numbers, however they must be shown that there are terrific opportunities in engineering and construction out there.”

Another key issue for Wendy’s Presidency will be continuing the BCSA’s lobbying with other specialist contractors for prompt payment along the supply chain. “We have to educate the market that the supply chain needs to be paid properly and promptly and if this doesn’t happen then more and more companies will exit the market. If the supply chain isn’t strong then there won’t be a construction industry.

“The steel construction sector certainly deserves to thrive. The buildings we produce as an industry are amazing. Gone are the days in the 1970’s and 1980’s when concrete jungles were springing up, since constructional steel has captured market share over the last 30 years or so we see fabulous buildings of all types throughout the country. Buildings that we can be proud to part of.

There are exciting times ahead, as technology and automation continue to improve, Construction is growing and ‘Steel is the material of choice.’”