Campus to usher in new era for Belfast 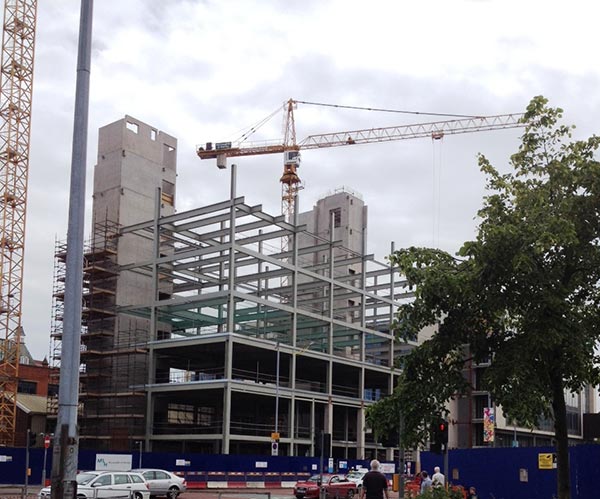 Steel erection has begun on the University of Ulster’s £250M Belfast City Campus.

Professor Richard Barnett, the University’s Vice Chancellor said: “The Campus will usher in a thrilling new chapter in the development of the University, the city and the province.”

Designed by architect Fielden Clegg Bradley, the Campus building will boast a number of public spaces, such as eateries and a library, alongside its educational facilities.

Walter Watson will erect approximately 670t of steel for the project which is scheduled to be completed during the summer of 2015.