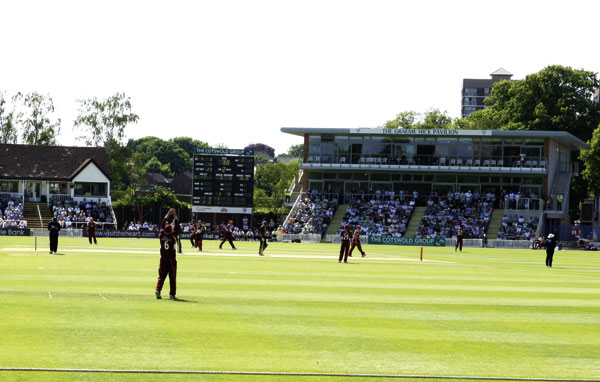 Named after the world-famous county and England cricketer, the structure forms the first phase of the Club’s redevelopment plans for the ground.

The new structure replaces an old stand which dates back to 1899. This wooden structure was completely dismantled and containerised for reconstruction as part of future phases of the development.

“Work was carried out from September to April, so as not to interfere with the cricket,” explained Glyn Thomas, Project Manager of construction consultancy McBains Cooper.

“Once the old stand was gone the site was piled and the new structure’s concrete podium was cast.”

“It’s a contemporary design and the podium means it has been built 3m above the flood plain to ensure continuity of business,” added Thomas.

Steelwork contractor for the project was Traditional Structures.