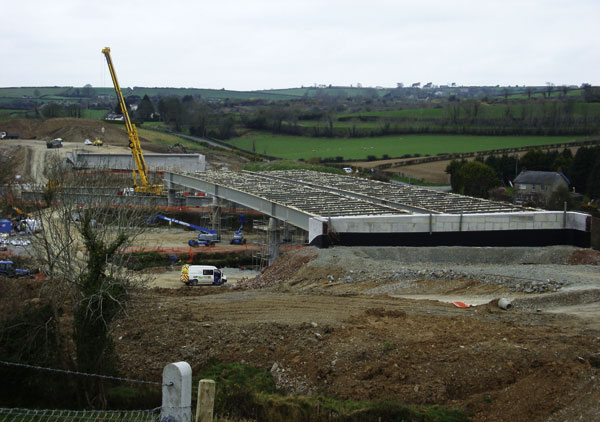 Steelwork has been completed on two viaducts which form an integral element of the upgrade of the A1 Belfast to Dublin route.

The 200m-long Newry Viaduct (pictured right) and the 100m-long Bessbrook Viaduct are both situated on a new ring road which will be incorporated into the new A1 as it bypasses the town of Newry.

Working on behalf of the main contractor, a joint venture between Lagan Construction and Ferrovial Agroman, Fairfield Mabey has fabricated, supplied and erected the steelwork for both viaducts.

Fairfield Mabey Project Manager Simon Reavell said the steel main girders for both structures were delivered to the projects from its fabrication yard in Chepstow, Wales in lengths of between 10m and 25m and then assembled into longer 30 to 40m lengths on site.