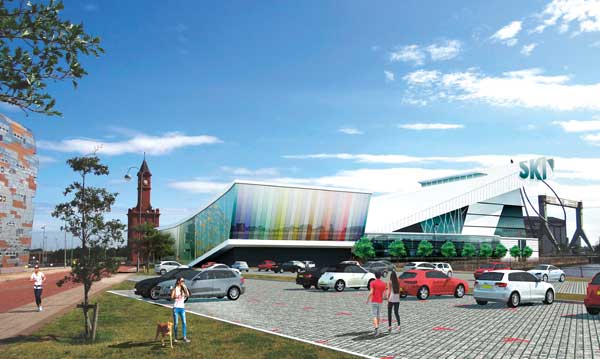 Developer’s plans have been submitted for a £30M indoor snow and leisure centre attraction in Middlesbrough, Teesside.

Called Sub Zero, the centre would be the seventh in the UK and the first in England’s North East.

Developer Cool Runnings has confirmed plans to build the three-storey complex on a seven-acre site at Middlesbrough Dock in Middlehaven, only a short distance from the town’s iconic transporter bridge.

Designed by architects FaulknerBrowns, the 20,400m² centre will also include indoor skydiving, a climbing wall, soft play area, trampoline park and bowling alley that will complete the family-friendly experience.

The adjacent listed Middlesbrough dock Clock Tower will also be incorporated into the design of the project.