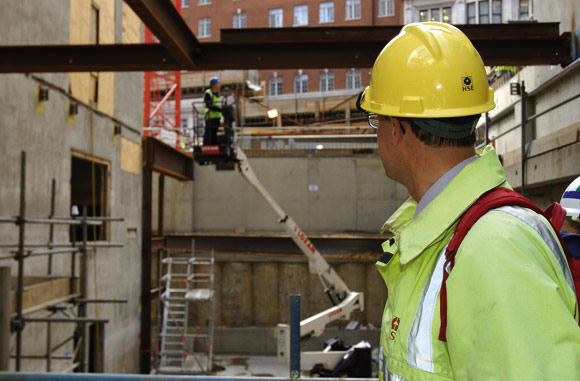 Proposed changes to the CDM Regulations are designed to cut paperwork and encourage team-working. But will they work? Margo Cole reports.

Consultation has now closed on the Health & Safety Executive’s proposals to change the Construction (Design and Management) Regulations – otherwise known as CDM. Although the Executive describes the changes as “evolution not revolution”, there are some fairly substantial differences that could significantly affect steel designers and fabricators.

Aims of the revision include cutting down on the bureaucracy associated with the regulations and clarifying the CDM requirements for the different duty holders. But Peter Walker, Safety Manager of the British Constructional Steelwork Association (BCSA), says: “The HSE is at pains to point out that it wants less bureaucracy, but we feel that the more responsibility you put onto clients and designers, the more bureaucracy there is for main contractors and subcontractors.”

Mr Walker fears that clients may try to offset their more onerous requirements by putting more demands on those further down the chain, in the form of questionnaires, checklists and forms to be filled in.

The current CDM legislation has been in force since 1994. Three years ago the HSE undertook a major consultation exercise on a wide range of safety issues and found that, while the principles of CDM were generally welcomed, changes were needed if all the anticipated benefits were to be achieved. These included looking closely at the role of clients.

In its consultation the HSE found that clients’ attitudes and approach — particularly the emphasis on cheapest and/or quickest solution — was the second biggest hindrance to progress on safety. The linked issue of “industry culture” was the first.

In its proposed revisions to the regulations the HSE tries to address this by promoting a “team-based” approach and putting more onus on clients to take responsibility for safety — for example by demonstrating that they have appointed a “competent” designer and main contractor. The HSE acknowledges that “law cannot itself directly change the industry culture”, but hopes that “the actual process of changing the law does provide opportunities to positively influence the culture”.

One way it hopes to achieve this is through strengthened requirements regarding coordination and cooperation, particularly between designers and contractors. There is also a specific requirement on the client to appoint a principal contractor at the earliest stage.

Mr Walker is supportive of the team-based approach, but believes it is all too rare in today’s construction industry. And, even if the main contractor is appointed early, key subcontractors are still, more often than not, left out of the discussions. “Team-working has been tried and it works,” he says. “When you have partnerships or alliance working safety is usually taken very seriously. And if safety is put at the top of the agenda you usually find that efficiency and profitability come with it.

The result, more often than not, is that the steelwork contractor ends up “filling in the gaps”, working out for itself the correct loading or other important details.

So, while the CDM regulations might be aiming for a ‘partnership’ approach, in reality they will do little to address the reality of the way contracts are run, says Mr Walker.

“Too often the steelwork contractor is involved in decision-making after the event. Steeelwork contractors make practical changes — for example to connections — to improve buildablity. But changes may have wider implications for how the structure is built, for example because more work has to be done at height or in difficult positions, so that the safety implications need to be re-examined. It’s problem-fixing at the time of construction.”

While most steel specialists have been putting up with this situation for years, under the proposed new CDM regulations they could now carry extra liability. Anyone supplying design information for the project can be deemed to be the “designer” under the terms of the legislation, with all the legal responsibilities that carries. Though this has always been the situation in the underlying legislation, the new regulations spell out the designer’s responsibilies more explicitly, in an attempt to make the legislation more easily enforceable.

“In the legislation it does point out that designers should provide as much information as they can, but it’s not strong enough,” Mr Walter says. “We strongly recommend that designers involve a steelwork contractor in their designs, and it’s a shame the regulations don’t head towards this. The earlier the involvement the better. Even if the steelwork contractor is not involved for months afterwards, it will have made a significant difference.”

If this approach were taken, he says, all parties would be more comfortable assuming their responsibilities as “designer” in the eyes of the law. And clients could still have all the reassurances they need about the capabilities of the steel specialist to carry out design work.

A final point is that, as proposed, the revised version of the CDM regulations puts the onus on the client to appoint “competent” designers – as did the original version. But the HSE’s consultation suggested that, in practice, this is too vague. The research found that, while the principle is generally accepted, “the arrangements adopted by most clients do not ensure competence”.

The HSE acknowledges this in its consultation document for the revised regulations, stating: “We must address the need to ensure competence both of individuals working on a project and of businesses engaged to carry out the work.” But, it adds, “we recognise that assessing competence is not always easy, particularly for less experienced clients”.

The organisation has, therefore, commissioned more research on the subject of competencies, which includes identifying existing schemes that encompass best practice in their particular sectors or disciplines. The BCSA’s Register of Qualified Steelwork Contractors (RQSC) is one such scheme. “If the HSE is looking at a model for competencies this fits very well with CDM,” says Mr Walker. “Why send out lots of questionnaires when all you have to do is look at the list of RQSC-listed contractors? They are all audited and categorised, so it is clear where their competencies are and, if that is followed, there will be a significant improvement in reducing bureaucracy.”