Swinging back into action 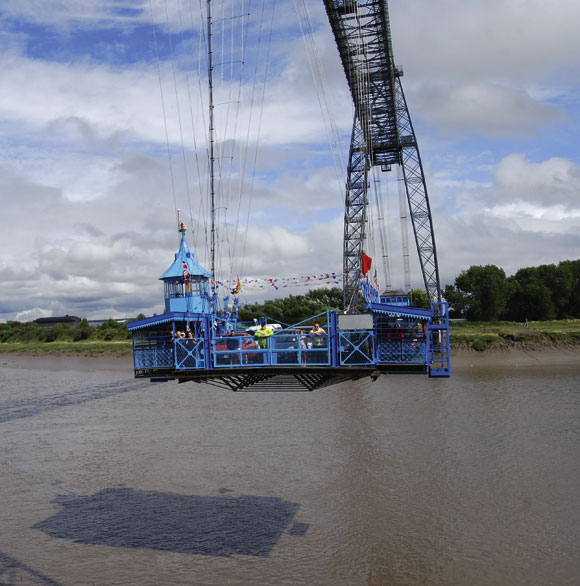 A suspended gondola carries vehicles and passengers across the River Usk

One of only eight transporter bridges in the world, Newport’s historic steel landmark recently reopened to the public following a major refurbishment. Martin Cooper reports.

For more than one hundred years Newport’s Transporter Bridge has stood over the River Usk as a steel landmark to British engineering and construction expertise. Now, following a major £1.2M refurbishment programme, the bridge has officially reopened to the public, having been closed for more than two years.

Originally opened in 1906, the Grade I listed structure carries passengers and vehicles across the Usk on a gondola suspended from a trolley. Spanning between two 74m-high towers, the trolley is propelled by a continuous cable that winds onto a drum driven by an electric motor.

The gondola travels 197m between the two riverbank towers, which makes it the longest spanning transporter bridge in the world. Eighty passengers and up to six vehicles can be carried each trip, and for the more adventurous there is also a high level walkway at the top of the towers offering great views of the Newport area.

The bridge’s refurbishment is one of the legacies of The Ryder Cup, which Newport is hosting this month, with funding from the Welsh Assembly Government, Newport City Council and Cadw. The project took six months, during which time 12 abseiling painters were dangling from the towers on a typical day to repaint approximately four miles of steel.

“The steel structure is in excellent condition for its age,” comments Brian Kemp, Head of Engineering & Construction for Newport City Council. “During the refurbishment works we only had to replace a few cross bracing beams, as well as installing a new high level track for the cabling.”

All new steel sections for the bridge are bespoke pieces, specifically tailored for the project. However, new and replacement sections have had to be ordered in metric and not in the original imperial sizes. “The switch to metric is probably the only change we’ve made to the original design,” says Mr Kemp.

So well preserved is the bridge and its equipment that the motor for the gondola’s trolley has never needed to be changed or overhauled. According to Mr Kemp, the original designers purchased two motors, with the spare one still in its box to this day. 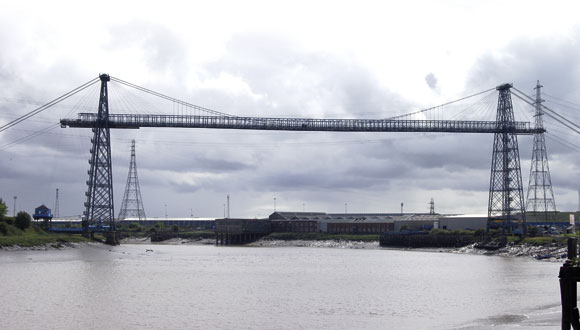 Designed in France Made in Britain 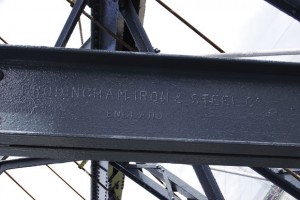 The original concept for the iconic transporter bridge is generally credited to French engineer/designer Ferdinand Arnodin. During the 1890s he designed transporter bridges in France, Spain and North Africa. When Newport’s City Councillors decided to build a new crossing of the River Usk, to service the newly opened Orb Steelworks, Mr Arnodin was duly summoned.

A transporter bridge was the only sensible option for the Usk crossing. A ferry was ruled out as low tide would have hindered services, while conventional bridges would not have allowed large ships to pass under them on their way to the City Docks.

Mr Arnodin, working in conjunction with Borough Engineer Mr R Haynes, designed the world’s longest transporter and employed contractor Alfred Thorne of Westminster to erect it. Approximately 850t of structural steelwork, mostly sourced from Frodingham near Scunthorpe (above), was needed for the project, with the bridge finally costing the princely sum of £80,000.