David Brown and David Iles of the SCI introduce a new guide to help when selecting a steel sub-grade in accordance with the Eurocodes.

Structural steel is generally regarded as a ductile material – it will undergo significant plastic deformation before failure – and this property is relied upon in many of the design rules for determining the resistance of members to axial force and bending. However, in certain circumstances the material can behave in a non-ductile or brittle manner, with a sudden failure mode. The designer’s responsibility is to choose appropriate materials and design details that will avoid, or at least reduce to a very low level the risk of brittle fracture in normal and accidental design situations.

The ductility of steel varies with temperature. At low temperatures, there is very little ductility whilst at ‘normal’ temperatures the stress-strain curve shows the familiar long plateau after initial yield stress is reached. This difference in behaviour is referred to as ‘toughness’ and is conventionally measured by determining the amount of energy absorbed by striking a standard notched specimen in a testing machine. The test determines the ‘Charpy Value’ and is conducted at a specified temperature. 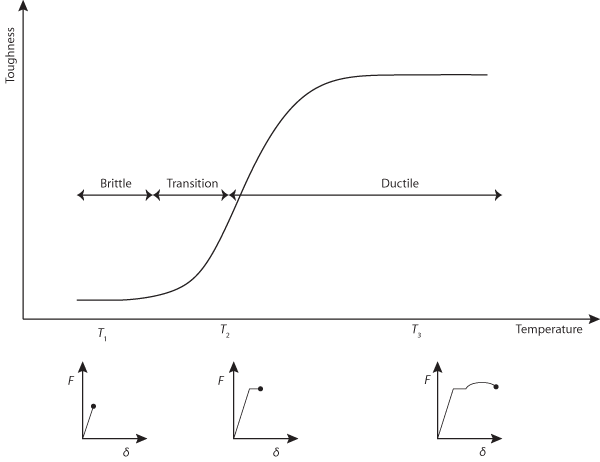 Figure 1: Variation of toughness with temperature

Thus the design rules needed to ensure sufficient reliability against brittle fracture have to take account of the wide range of steel materials that can be used and a large number of parameters that influence the susceptibility. In EN 1993-1-10, Eurocode 3, Design of steel structures, Material toughness and through-thickness properties, the process is reduced to the selection of a ‘sub-grade’ of steel for a design value of stress level (in relation to yield stress) for a design value of ‘reference temperature’, as set out in its Table 2.1. This reference temperature is not simply the lowest temperature of the steel element but includes adjustments to allow for the influence of all the other parameters. Unfortunately, EN 1993-1-10 is not particularly helpful in telling the designer what values to choose for some of those other parameters, especially for the influence of detail types (which influence flaw size) and stress concentration.

However, the BSI committee responsible for the UK National Annex to this Eurocode Part have reformulated the procedure and given values for parameters that are not given in the Standard itself. The National Annex has also modified the way in which stress level is taken into account – it is considered simply as another parameter that influences the reference temperature. The BSI committee also produced PD 6695-1-10, Recommendations for the design of structures to BS EN 1993-1-10. This Published Document is ‘non-contradictory complementary information’ (NCCI).

PD 6695-10 presents three tables for maximum permissible value of element thickness – one for internal building steelwork (assumed to have a lowest steel temperature of −5°C), one for external building steelwork (at −15°C) and one for bridge steelwork (at −20°C). In each table, the limiting thickness for any steel grade and sub-grade is found by selecting a row for the appropriate detail type and a column for the stress level. Some simplifying assumptions have been made (for example that there is no cold forming) but footnotes advise how the values may be adjusted if the assumptions are not valid.

Thus, for building designers, the process appears to be relatively simple, being based on a detail type and a stress level. But the process is not yet familiar to designers and consequently SCI and BCSA decided that it would be helpful to provide additional guidance – this has just been published on Steelbiz (www.steelbiz.org) as Selection of steel sub-grade in accordance with the Eurocodes (ED007). This document presents the background to selection of material for adequate toughness, describes the use of the Published Document and the National Annex and presents some typical examples for building steelwork.

The parameter that designers find most difficult to select, for the wide range of construction details in building steelwork, is the one for ‘detail type’. For the range of welded details, the PD refers to details as ‘moderate’, ‘severe’ and ‘very severe’ but in practice it is not clear which of these applies to some of the elements in building connections. The new document (ED007) aims to assist in this selection by illustrating most of the common details in steel-framed buildings and classifying the details in one of the three categories. Examples are shown in Figure 2. Where it was considered that the descriptions in the National Annex are difficult to apply, reference was made (in choosing the recommended class) to detail categories in EN 1993-1-9 Eurocode 3, Design of steel structures, Fatigue. The susceptibility of details to fatigue (as recognized in Tables 8.1 to 8.10 of EN 1993-1-9) is closely comparable to the susceptibility to brittle fracture; in ED007, details that would have a similar fatigue detail category to those explicitly described in NA.2.1.1.2 have been given the same classification.

It is hoped that designers will quickly find the new guidance document a useful supplement to that already published by BSI and that it will clarify the selection process. Choice of appropriate material to provide adequate toughness against the risk of brittle fracture is an essential part of the designer’s responsibilities and designers need to be able to make the selection easily and accurately. 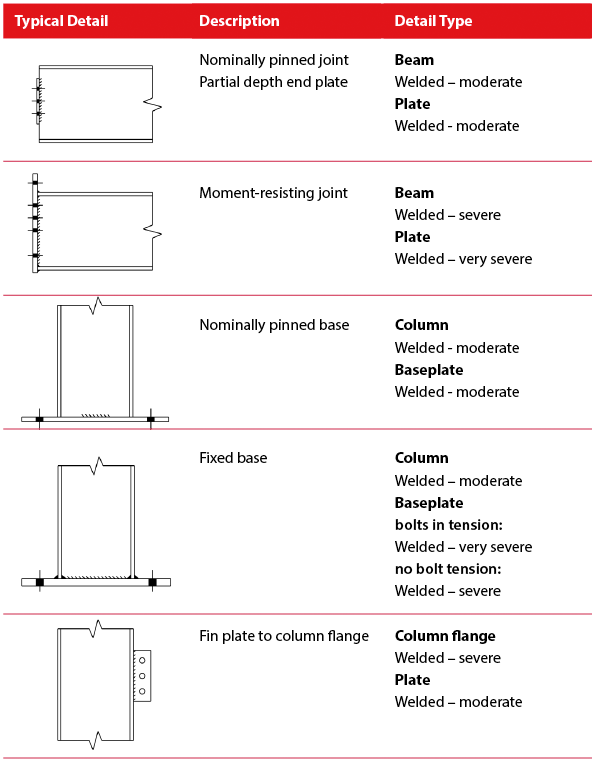