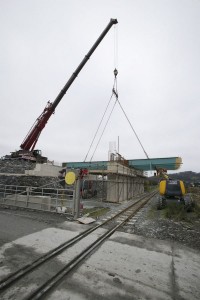 Steelwork has been completed on a bridge which will take traffic over the Welsh Highland Heritage Railway and the recently opened Caernarfon route.

The three span structure forms part of the £35M Porthmadog bypass and was erected by Cleveland Bridge, working on behalf of a joint venture partnership of Balfour Beatty and Jones Bros. Civil Engineering.

More than 150t of structural steelwork required 14 separate lifts, by a 200t capacity mobile crane, to complete the bridge deck.

Wyn Daniels, Partnership Project Manager, described the construction of the bridge as a major milestone in the bypass scheme.

He said: “We would like to thank everyone at the railway companies for the patience, understanding and cooperation while this essential work was carried out.” 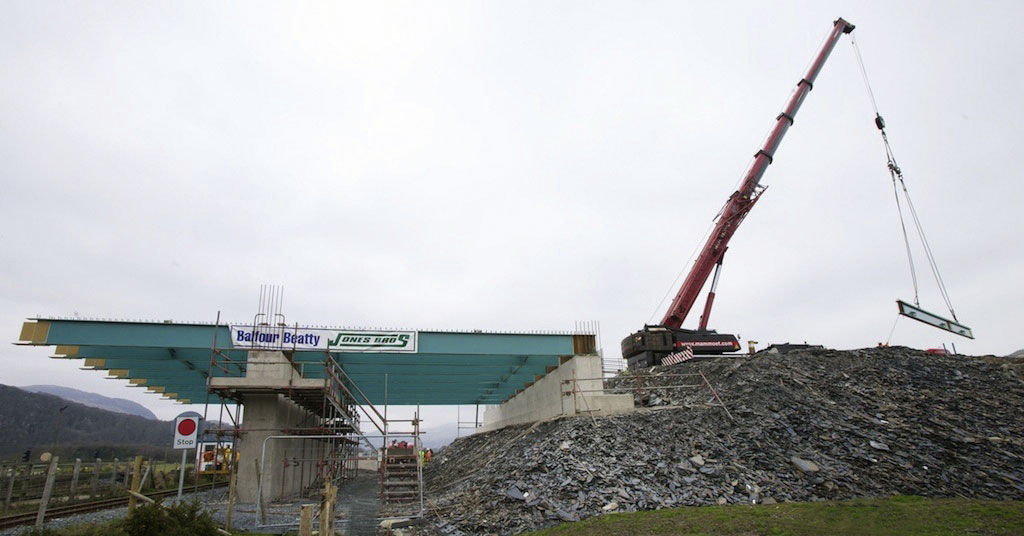