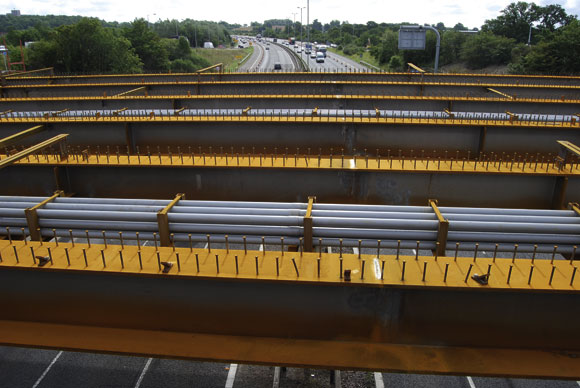 This article provides a brief introduction to the National Highway Sector Schemes that affect steelwork, covering what they are, how they are developed and what benefits the schemes have. There are currently 24 published National Highway Sector Schemes covering a whole range of activities and industries relating to highway work such as fencing and parapets, highway electrical work and traffic management.

There are three schemes that relate to steelwork, and these are:

What are National Highway Sector Schemes?

Sector schemes are bespoke quality management schemes covering a particular construction activity or industry and were originally related to highway works. In the development of some sector schemes it has been realised that adopting a scheme in other transportation sectors or indeed more widely may be beneficial and desirable. As a consequence some schemes, including the three schemes that relate to steelwork, have been written so that they are client and sector neutral.

Sector schemes provide a specific interpretation of the BS EN ISO 9001:2008 standard for Quality Management Systems for a particular activity or industry wherever it is felt warranted for that scheme. They are developed by Sector Scheme Advisory Committees which are established on an individual basis for each sector scheme with committee members drawn from across those involved in the activity or industry. Each committee has a Chairman and Secretary with a Constitution and Terms of Reference specific to the scheme.

All Sector Scheme documents are published by UKAS and can be freely downloaded from the publications page on the UKAS web site. The link to the UKAS website page is http://www.UKAS.com/technical-information

Sector Schemes focus on quality as a primary objective. They provide an industry benchmark giving appropriate guidance for those undertaking the activity through having a specific interpretation of the 9001 standard. They also provide specific guidance to Certification Bodies which ensures consistency in auditing and certification of organisations to the 9001 standard.

Sector Schemes focus on a properly trained and competent workforce, with appropriate standards of training and competency set by the industry for those involved in the industry. Again this benefits all those involved and as far as the Highways Agency is concerned contributes to their objective of employing a competent, skilled workforce on all work sites.

Sector Schemes provide a basis for continuous improvement, which feeds through into improved quality. They involve all sides of an industry in scheme ownership, which ensures a scheme is appropriate from the outset and develops as the industry develops. Finally, Sector Schemes should reduce costs for all involved while enhancing quality. 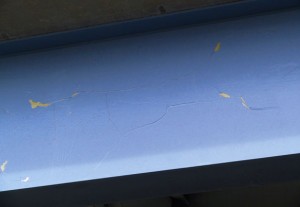 This scheme was the first of the three schemes relating to steelwork to be developed and then implemented by the Highways Agency. The scheme is now a mandatory requirement on all Highways Agency contracts that involve the painting of steelwork.

The development of a Sector Scheme allowed quality management requirements to be specified specifically for corrosion protection works and provided the vehicle to adopt ICATS for the training and assessment of paint applicators as part of those quality management requirements. Following discussion within the industry it was felt that the development of a Sector Scheme for painting of steelwork was desirable to achieve these objectives. The scheme was first published by UKAS in October 2006.

The scheme describes the quality management requirements for those undertaking the painting of structural steelwork. It adopts the ICATS scheme as the benchmark for the training and assessment of operatives undertaking corrosion protection works, and the ICorr certification scheme for coating inspectors as the benchmark for those inspecting corrosion protection works.

The Sector Scheme Advisory Committee responsible for the scheme is chaired by Alex Smale of Mabey Bridge.

Sector Scheme 20 – The Execution of Steelwork in Transportation Infrastructure Assets

There were a number of issues that came together in 2006 that prompted the Highways Agency and the BCSA to discuss and agree to the development of a sector scheme for the execution of steelwork.

Sector Scheme 19A had been developed, which addressed one specific aspect within the overall process of executing steelwork and had raised awareness of the benefits of Sector Schemes generally within the steelwork industry.

There was a strong desire within the industry to promote quality in the fabrication and erection of structural steelwork and for continuous improvement in the construction of steel structures. It was recognised that a Sector Scheme would contribute to achieving these aims.

There was the imminent introduction of European Standards for the execution of steelwork and other related standards (EN 1090-1 and EN 1090-2), which industry would need to embrace to meet new requirements and ways of working. 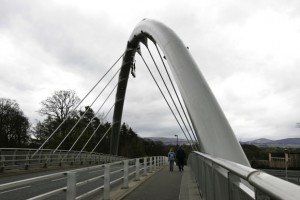 Finally there was the Highways Agency’s desire to reinforce its commitment to the use of contractors that were on the RQSC for Bridgeworks undertaking steelwork on their projects, which has been its policy since 2001.

Sector Scheme 20 was first published by UKAS in July 2008. It is applicable to the supply of new steelwork and to work on existing steelwork in new and existing assets. It covers all the associated processes required for the execution of steelwork, except for corrosion protection works which is covered by Sector Scheme 19A.

The sector scheme defines specific competence levels in Appendix C of the scheme document that are expected of personnel undertaking specific activities such as welding. There was a desire to introduce appropriate training and competence assessment for those involved in undertaking preloaded bolting as no appropriate training and assessment scheme existed. The BCSA developed a training scheme with the first operatives having now been trained and certificated to it. Sector Scheme 20 adopts the BCSA training scheme for operatives undertaking preloaded bolting activities. Steelwork contractors should note that a further training course is planned and if they need to get people trained for preloaded bolting they need to speak to the BCSA about getting their people on this course.

The Highways Agency has listed Sector Scheme 20 as a mandatory requirement on appropriate contracts in Appendix A to the Specification for Highway Works. Because the scheme is aligned to BS EN 1090-2 an introductory period was required that was linked to the publication of the British Standard by BSI. At the last Sector Scheme Advisory Committee meeting it was agreed that the introductory period for fully implementing the scheme should end on 30th November 2011 and this date is given in the latest published version of the scheme document.

Steelwork contractors that want to be working on Highways Agency projects after November 2011 will need to be registered to NHSS 20 by 30th November 2011 and need to be starting to work towards registration now if you have not already done so. The only exceptions to this will be on schemes where steelwork execution has not been specified to BS EN 1090 or where the execution of steelwork is covered by other sector schemes as detailed in Appendix M of the Sector Scheme 20 document.

The Sector Scheme Advisory Committee responsible for this scheme is chaired by Dr Roger Pope of the BCSA.

Sector Scheme 3 is a new scheme that applies to the mechanical fastener supply industry. It was the Highways Agency that prompted the development of this scheme as a result of concerns they had over the potential quality of fasteners that may be supplied, particularly through stockist distributors, for use in highway structures. Representatives of the Highways Agency visited a number of reputable fastener stockists and manufacturers to look at the quality systems they had in place. It concluded that they would like all fasteners that are to be used in Highways Agency structures to be obtained from organisations that could provide the same high level of assurance over the quality of fastener being supplied. It was felt that a sector scheme for this specific activity was an ideal vehicle for achieving this.

Given the specialist nature of this scheme, a committee was convened with its membership drawn from the membership of the BCSA’s Working Group for Fasteners. The committee met for the first time in September 2009 to develop a scheme document based on a draft prepared by the Highways Agency. The first issue of the sector scheme document was published on the UKAS web site in  February 2010. 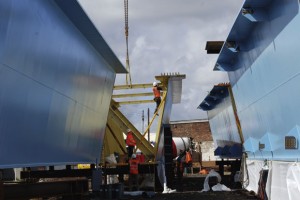 The Sector Scheme document describes the quality management system requirements for organisations that are involved in the stocking and distribution of mechanical fasteners. The document does not include quality management system requirements relating to the manufacture of mechanical fasteners, although fastener manufacturers may need to become registered to the scheme for their stocking and distribution activities if they supply fasteners directly to steelwork contractors. The scheme applies to the supply of fasteners to be used in new and existing assets in both permanent and temporary connections and to work undertaken in the workshop and on site.

Steelwork fabricators engaged on Highways Agency work need to be speaking to their mechanical  fastener suppliers to ensure that they are aware of Sector Scheme 3 and intend becoming registered to it before the end of the scheme implementation period which ends on 31st August 2011.

The Sector Scheme Advisory Committee responsible for this scheme is chaired by Roger Reed, Chair of the BSI Bolting Committee.

Companies wishing to be involved in steelwork for the Highways Agency now and in the future need to be aware of the three sector schemes that relate to steelwork and should take action now to meet the requirements of the schemes. Registration to the sector schemes also allows companies to demonstrate their competence and the appropriateness of their quality management systems to other client organisations that may not adopt sector schemes as a specific requirement on their contracts.

For details about joining the Register which is open to any steelwork contractor that has a fabrication facility within the European Union, please contact Gillian Mitchell on 020 7747 8121 or email gillian.mitchell@steelconstruction.org

The BCSA is holding a one-day Bolting Competency Course on Tuesday 2 November 2010. RQSC Bridgeworks Members interested in attending should contact the BCSA for a booking form. The course is aimed at companies wishing to train Level 3 – Bolting Co-ordinators in preparation for National Highways Sector Scheme 20 becoming a mandatory requirement for HA work in November 2011.