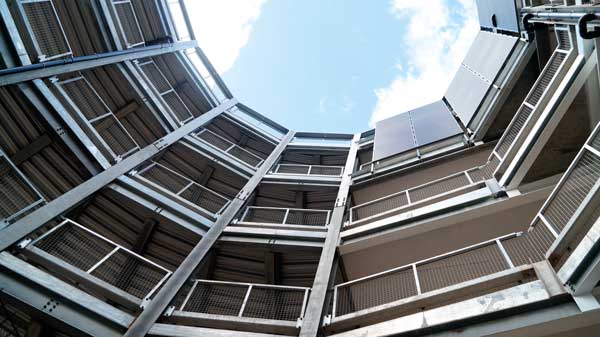 Curved steelwork has played an important role in the construction of a car park for one of the largest Marks & Spencer stores in the UK.

Part of the £70M redevelopment of the former Longbridge car plant, the store and car park are situated within a new town centre.

Main steelwork contractor for the project was James Killelea and it sub-contracted Barnshaw Section Benders to curve floor beams to ensure they had sufficient precamber to control water run-off.

Barnshaws Commercial Director Greg North said: ‘The crucial aspect of this contract was the speed of supply. We have a long-standing relationship with the steelwork contractor and they appreciate our ability to deliver large tonnages of curved steel on time. In this case it was very nearly 500t of universal beams that required a camber of between 50mm and 100mm.”

The camber in each beam was carefully calculated to allow some deflection due to the weight of the roof section while still retaining enough of a curve to prevent any standing water on the car park surface.

In total, 210 universal beams were supplied – all of which were CE marked in line with the requirements of the Construction Products Regulation, which came into force in July 2014.