Many steel designers still hanker for the simpler days of BS 499. But could a simple BS 449-like approach emerge from the apparent complexity of Eurocode 3, asks Charles King.

The arrival of Eurocode 3 calls us to reconsider our approach to design. Design can be complex, for those pursuing economy of material, but it can be simplified for those pursuing speed and clarity.  Many designers feel depressed when new codes are introduced. There are new formulae and new complications to master, even though there seems to be no benefit to the designer for the majority of his regular workload.

However, simple design remains a possibility if:

Not pursuing least weight might seem disloyal to the client, but generally it is not.  It is well known that least weight of steel usually does not result in the cheapest structure, because lighter members often need more stiffening or strengthening at connections.  In addition, many structures are governed by deflection and vibration criteria, so that the strength is not the critical issue for many members.

Observing these points, it is possible to derive design procedures that could be called “Eurocode 3 kept simple”.  To demonstrate the simplicity of such a procedure, it is compared with BS codes in Table 1 for the design of an unrestrained beam.  The comparison includes both BS 449, long regarded as the best code for simplicity, and the simplest BS 59501 procedure. The number of steps is similar in each case. 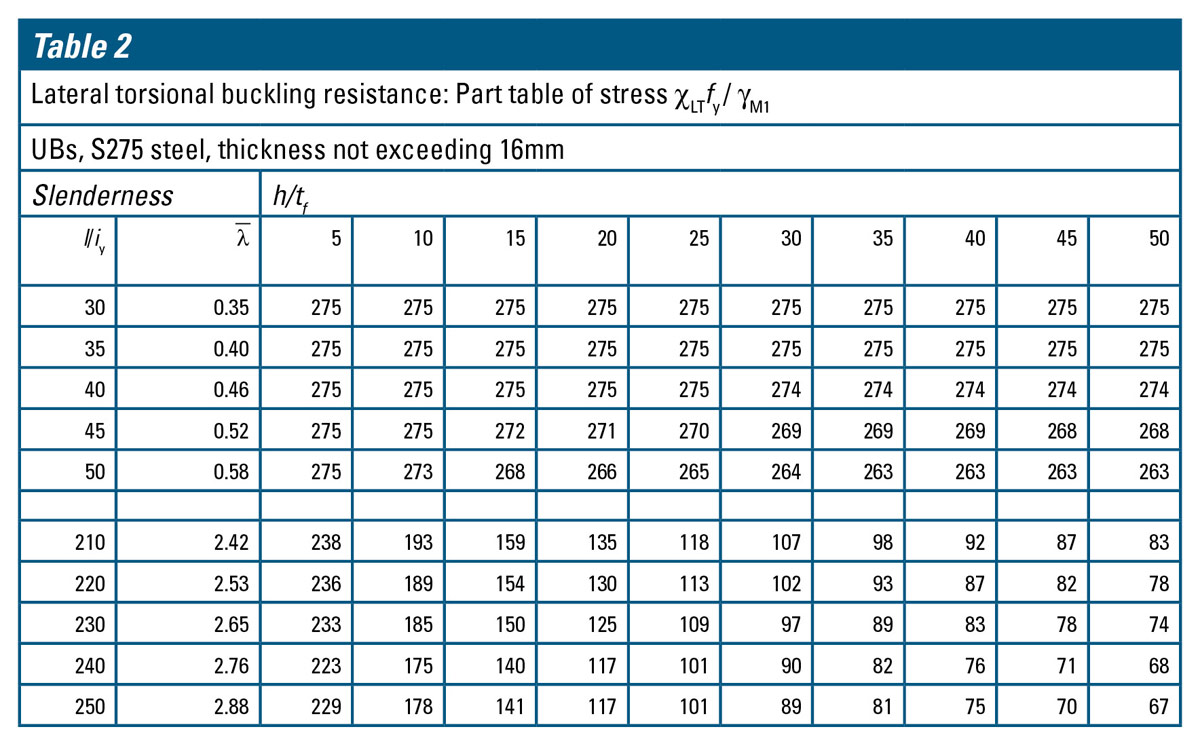 Those who have read EN 1993-1-1 in detail may be surprised by the simplifications in the procedure entitled “Eurocode 3 kept simple”.  Several procedures in the Eurocode document are omitted because other steps in Table 1 ensure that the calculations comply with the Eurocode even though the procedures do not appear. The explanations are as follows:

(The steps 1 to 5 above have also been omitted from the BS 5950 procedure in Table 1 for the same reasons.)

Table 1 only shows the procedure for an unrestrained beam, but simplifications are possible for several other aspects of design, such as columns in simple braced frames. It is hoped that SCI will produce simplified guidance of this type suitable for rapid design both in industry and for universities.

The Eurocode 3 symbols are new to engineers using BS codes, so the symbols used in Table 1 are explained in Table 3. 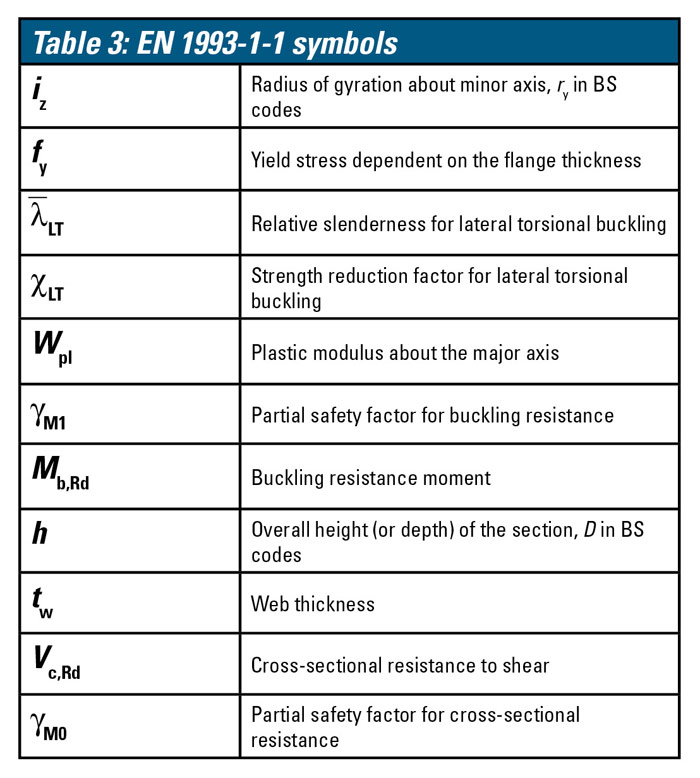