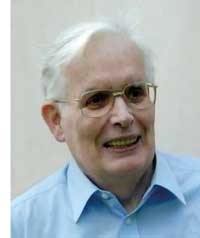 Colin Taylor who was instrumental in helping to develop the design standards for structural steelwork died on 5th February 2020 at the age of 84.

He was born in the West Midlands and lived in Dublin, Liverpool, Birmingham, Wales and India before settling down in Epsom in 1970. He was married to Jose and had two children and a grandson.

Colin graduated from Cambridge and became a Chartered Engineer and a Fellow of the Institution of Structural Engineers. After working for W S Atkins & Partners, he joined the Steel Construction Institute in 1987 shortly after it was founded in 1985 where he was part of the ‘portacabin generation’ as the offices were not built until later.

For more than 35 years Colin was synonymous with the drafting of structural steel design standards including BS 5950 Part 1 and more recently BS EN 1993. It is said that he contributed more than anyone else to the development of these standards and it is through his dedication and technical knowledge that the UK steel construction industry has some of the best standards in the world.

For his work, Colin received the BSI Distinguished Service Certificate that marks his contribution to British, European and International standards for steel structures.

Throughout his life, he maintained an interest in the development of structural steel design standards and up to very recently he was working on the European standard for the design of crane supporting structures.

British Constructional Steelwork Association CEO Dr David Moore said: “His knowledge and pragmatism will be a great loss to the steel construction industry, and he’ll be sadly missed by his family, friends and colleagues.”