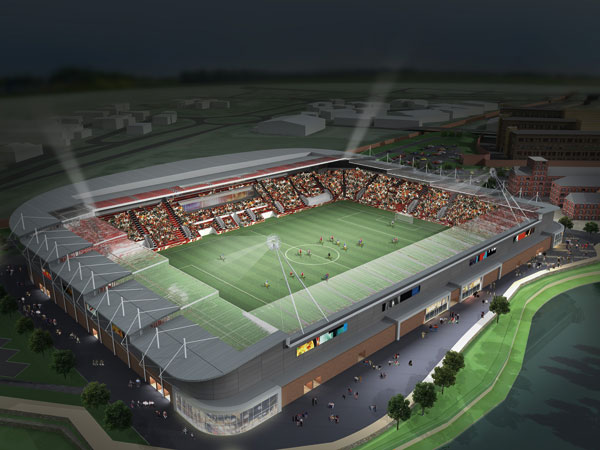 Work on Rotherham United’s new 12,000 seater community stadium is now under way in the South Yorkshire town’s centre. The club plans to start next season, 2012-13, in its new home, after spending the last few years playing its home games in Sheffield.

The £17.3M development is being built on the former Guest & Chrimes foundry site and is part of a much larger regeneration scheme taking place in central Rotherham (see NSC March 2011).

Designed by S&P Architects, the stadium will include all the features of a modern sports arena from changing rooms, boot rooms and press rooms to refreshment stands, spectator amenities and a club shop. It will also include hospitality areas over two floors, conference space and commercial offices.