Posted on May 10, 2018 by NSC in Projects and Features, SSDA Awards, This month's featured stories 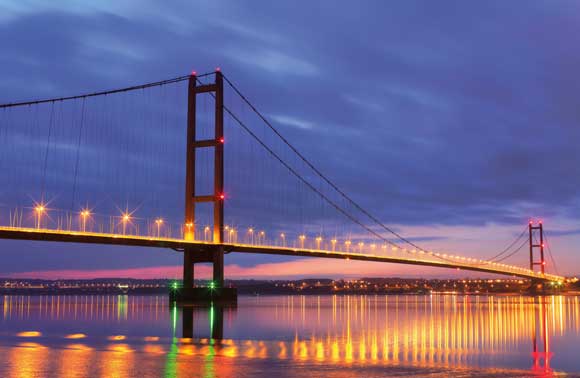 Having started in 1969, the Structural Steel Design Awards are this year celebrating their 50th anniversary. In the second of a series of articles, NSC looks back at the 1980s.

Following on from last month’s look back at the 1970s, in this issue we highlight the 1980s. Two examples of this decade’s Award winners are the Humber Bridge (a 1982 winner) and the Greater Manchester Exhibition & Event Centre (a 1987 winner).

Opened in June 1981, the Humber Bridge was the longest suspension bridge in the world, with a main span of 1,410m long, a record it held until the late 1990s. 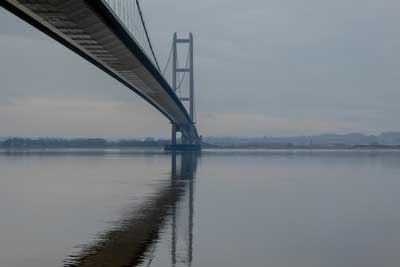 Opened in 1981, the Humber Bridge was the longest suspension bridge in the world.
Photo: Pete Richman, Flickr 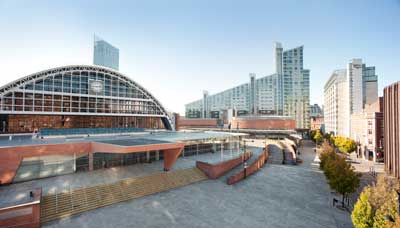 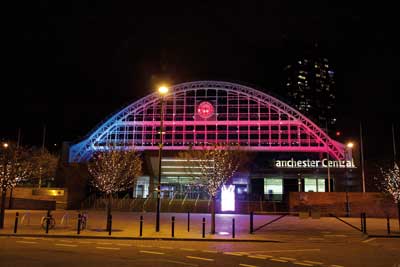 The events centre is still in use today.
Photo: Mike Peel, Wikimedia Commons

Still regarded as an iconic landmark, the bridge crosses the Humber Estuary between Hessle and Barton-upon-Humber, and was constructed in order to cut travel times and assist in economic development, two objectives that have been fulfilled.

The 1982 SSDA judges commented that engineering excellence and structural innovation have been combined with high aesthetic quality in this magnificent structure which has the longest single span in the world.
Designed by a team consisting of architect R E M Slater and structural engineer Freeman Fox & Partners, the project’s steelwork contractor was British Bridge Builders.

A standard box is made up of 23 stiffened panels which were fabricated at various workshops throughout the country. These panels were then assembled into boxes in a yard 3km downstream of the bridge site.

A fleet of pontoons transported the boxes to the site, where they were raised into position by lifting gantries straddling the main cables.

Another Award winner from 1980s which is still very much in use today is the Greater Manchester Exhibition & Event Centre.

Opened in 1986 it was subsequently renamed as Manchester Central, in honour of its previous use as a mainline railway station.

The 1987 SSDA judges commented: ‘Central Station was one of the best examples of our built heritage, and it has been rescued by painstaking work in which steel is a vital element. The new steelwork structures around the original building are well conceived and complementary.’

The existing Victorian railway shed comprises 18 wrought iron arches spanning 65m with a height of 25.85m. These sit on an undercroft of brick vaulting which extends over an area of some seven hectares.

The primary design philosophy was to enhance the grandeur of the existing structure, and to carefully integrate the complex services required for a sophisticated building within both new and existing structures.

As well as new steel framed parts of the project, many new elements within the scheme were created by reusing cast iron, re-cast from original columns and brackets taken from platform extensions to the side of the building’s main hall.