Posted on October 10, 2019 by NSC in Projects and Features, SSDA Awards, This month's featured stories 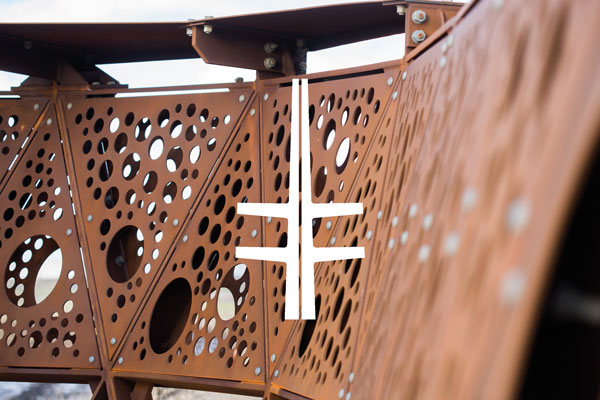 By Christopher Nash RIBA – Chairman of the Judging panel.

Again this year I was very pleased to moderate the deliberations of our talented judging team comprising a balance of architectural and engineering designers and experts from the steel fabrication industry. All members of the panel always bring enthusiasm and enjoyment to the job, as well as fair-minded dispassionate judgement, and this year has been no exception.

This year there has been a greater variety in the types of projects entered for the scheme.

Scales of entry range from the largest sports building projects, through prestige city and regional office buildings, to smaller educational projects. While there are no residential projects this year, we see an increase in high quality leisure sector projects and footbridges.

As in previous years, a preliminary selection was made on the basis of a close examination of the entry documents. I would like to make a plea for the initial entry documents, particularly photographs of projects, to be of high quality and comprehensively descriptive so that the panel can make as informed an initial judgement as possible. The entrants of resultant shortlisted schemes from the initial ‘desk-top’ selection were all then notified and each project was visited by at least two judges from different disciplines.

At this point I’d like to pass my thanks to the hosting teams who went out of their way to be present to answer the judges detailed questions. Unlike some other award schemes, we believe it is essential to get down close and personal with the entered projects before making our final assessments. The project teams’ demonstration of collaboration always comes through and is a major part in our assessment of the entry. Projects that are represented by an informed and enthusiastic team are a step ahead.

There are jaw-dropping achievements here, and beautiful gems. I believe everyone involved in the steel construction industry should be proud of what has been achieved, and I trust that the Structural Steel Design Awards reflect the quality of the achievement.

Sarah Pellereau is an Associate at Price & Myers with 17 years’ experience. She has been involved in a number of award-winning schemes including leading a project shortlisted for the Stirling prize. As a structural engineer she is rare in having graduated with a Part 1 in Architecture as well as a Masters in Engineering from the University of Leeds. She has a diverse portfolio of experiences in structural design but also has worked on-site with the CTRL alterations to St Pancras Station and tutored at Nottingham University.