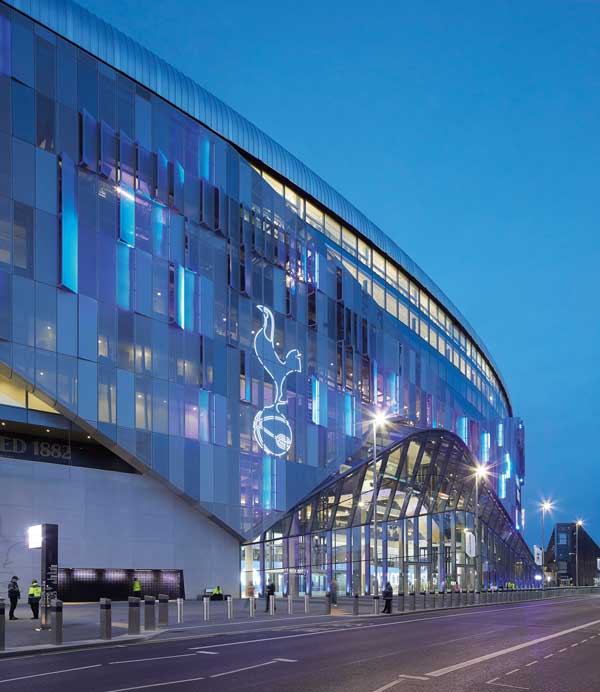 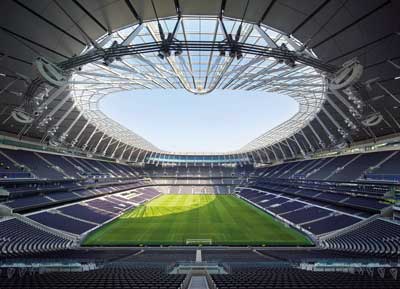 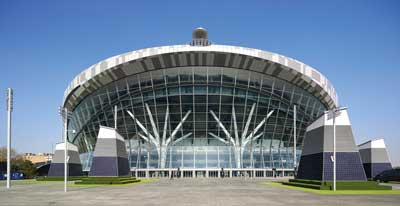 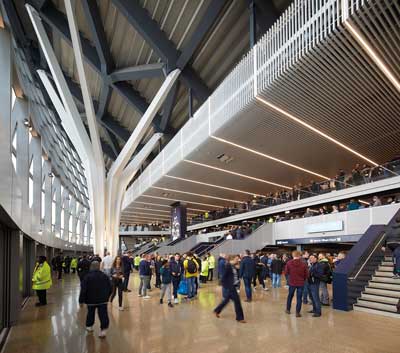 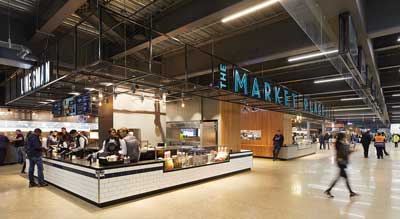 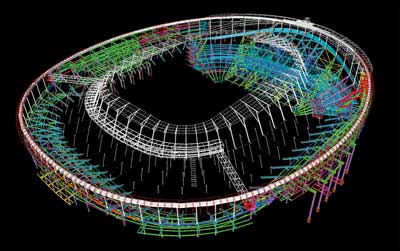 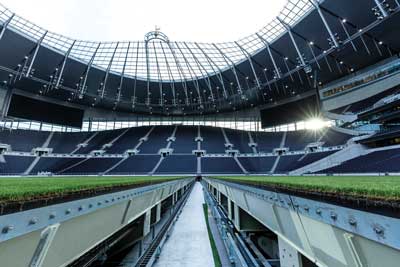 The Premier League’s newest stadium has a 62,000 all-seater capacity and a sliding pitch to allow it to host non-football events.

It takes some teams a season or two to adapt to playing at home in a brand-new stadium, but Tottenham Hotspur made a seamless transition earlier this year, winning its opening three fixtures.

The club’s new home, constructed on a site that overlaps much of the old – now demolished – ground’s footprint has been designed as an iconic structure and a benchmark for stadium design.

The stadium is a tight atmospheric bowl, and feels and looks like a traditional, albeit very modern, football stadium with its single tier home end. All of this helped Spurs feel immediately at home in their new surroundings.

Maximising its use, the stadium features a sliding pitch that will allow other events, such as concerts and American football matches to be held on a regular basis, without damaging the important football turf surface.

The construction of the stadium was undertaken during a four-year programme, which included the phased demolition of the existing White Hart Lane ground.

The project team used structural steelwork to form the majority of the stadium, and the scheme included the erection of five key steel features, that are said to represent elegance as well as pure industrial engineering and fabrication.

“The long span nature of many areas in the new stadium are virtually unachievable in any other common construction material and the shapes and forms created using steel are both elegant and robust,” says BuroHappold Engineer Chris Shrubshall.

“Also, the construction programme was such that steel provided a significantly reduced erection period, to the point where some areas were changed from concrete to steel construction at a late stage.”

Supporting level three of the East Stand, the Y columns were one of the first major pieces of structural steelwork to be erected at the new stadium.

They provide an atrium at the entrance to the stand and reduce the number of columns coming to ground level by collecting a column on each branch. They also allow the façade to be cut back in to the building producing a dramatic overhang.

Fabricated from plate steel forming two box sections, with a clear gap between them, the exact geometry of each Y column varies on each grid. The separate box sections are connected at the knuckle by a single gusset plate.

Above the Y columns, an additional level of transfer structure is provided in order to create column-free space at level 3. Formed by using sloping steel columns to reduce the span and improve the dynamic performance of the stand, the transfer truss is two-storeys deep and spans 30m.

The South Stand tree structures were created to provide an elegant method of transferring the 17,000 seat South Stand over the sliding pitch below. The culmination of elegant architectural design, robust structural engineering and careful fabrication, the trees are the main feature of the South Stand.

Beneath the South Stand there is a series of mega transfer trusses, spanning in three sections across the sliding pitch. These trusses have been coordinated and integrated with the architecture such that the concourses, toilets, concessions and vomitories are all as uninterrupted as possible.

The connection design of these trusses was complex, due to the size of the loads and the location of the some of the splices.

The loads in some of the structure are significant and connection design was incredibly complex. The combination of heavy sections and high loads meant that splice connections had to be carefully located.

“Additional constraints such as the distance between the sliding pitch surface and the splice connections meant that even the orientation of the bolts was considered,” adds Mr Shrubshall.

The North Stand cantilevers 10m over the tier below. This is formed using box section rakers. The load is delivered into the reinforced concrete cores, using pre-stressed high strength bars. Significant dynamic analysis has been carried out to justify the performance of the stand. There are significant service penetrations with the North Stand, which allow the distribution of services around the space below.

Meanwhile, the West Stand is supported on a series of slender steel box sections columns, which are 21m-tall. These columns create a spectacular atrium space below. There are also several propped cantilever balconies and escalator platforms, which are hung from the structure above.

The judges say, the new stadium is not just for football but provides a multi-function entertainment facility. The complex new building was constructed on the confined urban site of Spurs’ old stadium thus providing continuity for fans and community.

The steelwork, which has been finished to a very high standard, plays an integral part in the form and architectural expression of the new building.