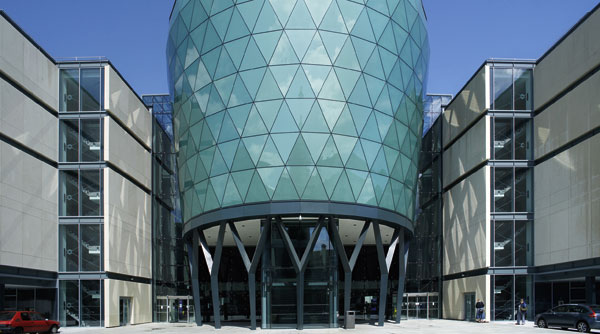 Housing the new faculty of Business and Law, the Rose Bowl also provides top quality teaching facilities and a central hub for connecting students from all over the campus.

The Rose Bowl project is an excellent example of how effective collaboration and teamwork within the client, design and contractor teams can help deliver a complex and successful building responding to the client’s brief. The Rose Bowl provides Leeds Metropolitan University with a landmark, easily identifiable building, central to its campus, with a distinctive branding that defines the university.

This complex project, on a challenging city centre site, posed the construction team a number of key challenges, not least the tight budget and programme. These were actively addressed from the outset and were key drivers in the choice of a structural steel frame. 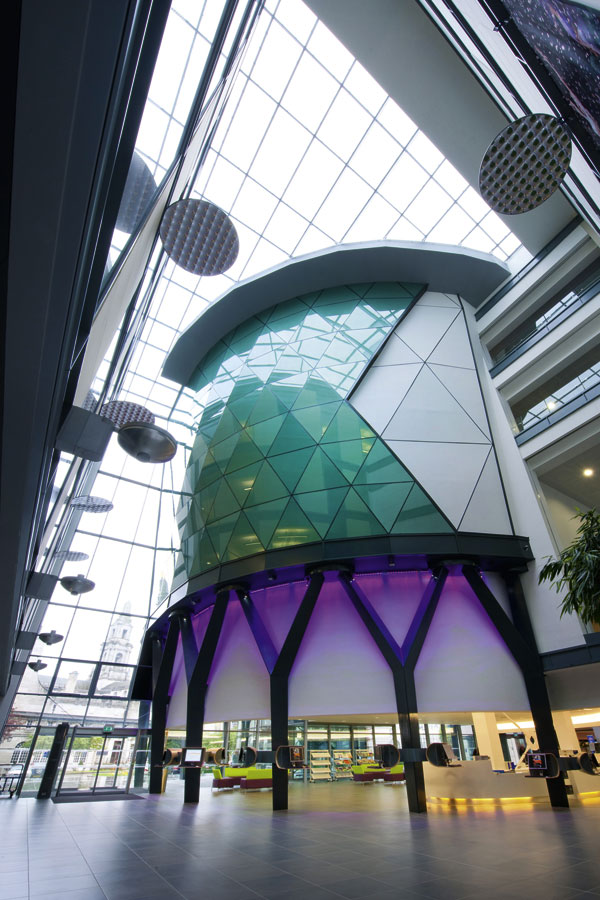 “The above ground superstructure is steel for its speed of construction,” says Simon Sutcliffe, BAM Construction Project Manager. “The design certainly lent itself to steel, especially the ‘pod’ lecture theatre structure, as well as the need for long spans in the office block.”

The lecture theatre ‘pod’ which sits ‘half in and half out’ of the atrium contains one 250-seat theatre, two 140-seat and four 60-seat theatres. As well as having a highly unusual oval bowl-like shape, tapering outward as it gets higher; the structure is clad in distinctive triangulated reflective glass panels, fixed using structural silicone to a bespoke aluminium backing frame system.

The building is built over a two to three storey basement car park which extends significantly beyond the footprint of the building. From ground level up the structure is steel framed to provide maximum flexibility to the floor plate. Cellular beams were used, with agreed hole arrangements and centres, to allow the co-ordination of mechanical and electrical services into the void. Clear spans of 15m are found throughout the building with perimeter columns set back into the space to create a clean façade.

The pod structure itself consists of a series of Y-shaped feature columns connected to a circumferential truss extending around the envelope of the pod. Temporary stability during the pod erection was ensured by tying the circumferential trusses back to the four internal main columns which were in turn temporarily tied together to form a central braced core.

The judges say the careful detailing and fine fabrication are commendable.