A new BOS gas recovery plant will allow the Corus Port Talbot facility to harness off-gas as a source of energy for other on-site power plants. The payback period for the entire project is less than three years.

A major energy efficiency scheme commissioned at the Corus Port Talbot steelworks will allow the facility to harness the off-gas, rich in carbon monoxide, generated by the basic oxygen steelmaking (BOS) process as a source of energy.

To facilitate this new process, a large gas holder along with 3km of associated pipework and two 70m high stacks, were fabricated, supplied and erected by Rowecord Engineering. 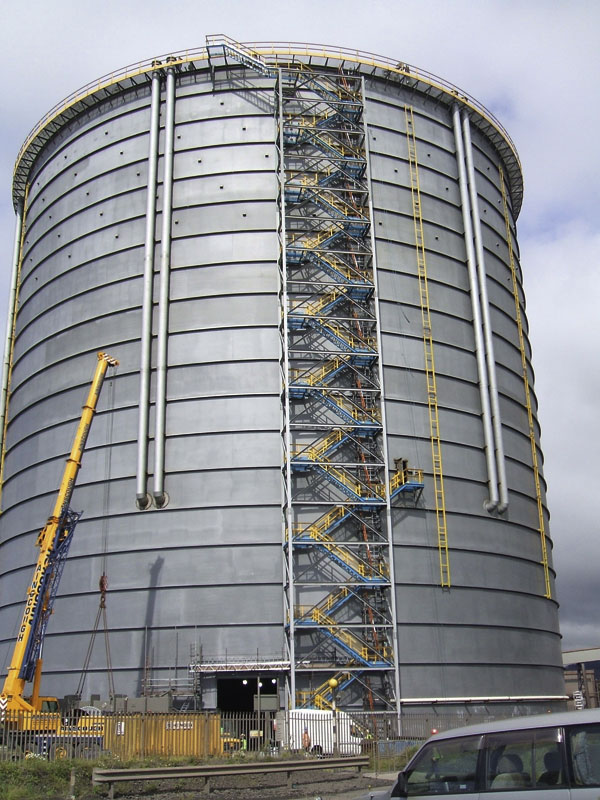 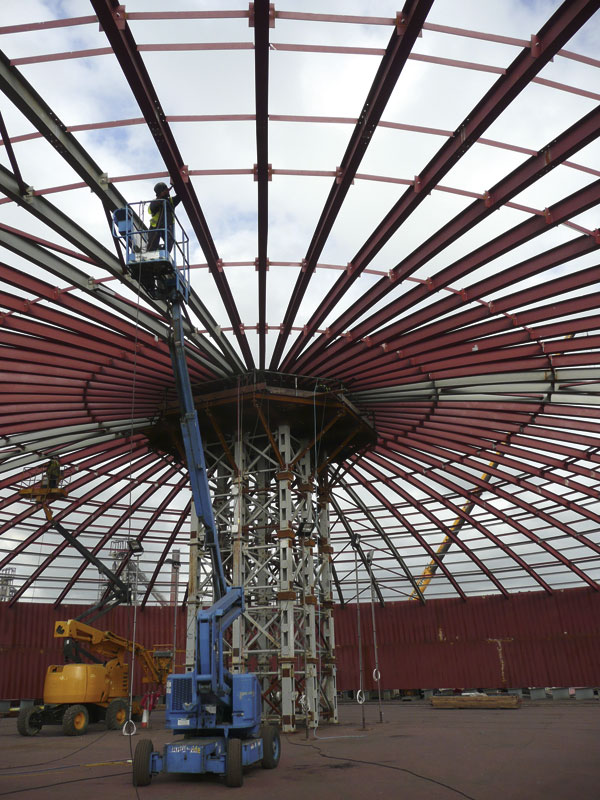 Corus Project Manager Guy Simms, says: “The financial and environmental benefits of the full scheme are very attractive especially given the rise in energy costs over recent years.”

Previously, all BOS off-gas produced at Port Talbot  was flared and the resulting CO2 sent into the atmosphere. Now it replaces Coke Oven Gas (COG) to supply power plants, with the knock-on effect being a 60% reduction in on-site natural gas imports. Natural gas is currently used to fuel reheat furnaces in the hot mill, COG now not needed for power plants is diverted here instead.

Remarkably the payback period for this multi-million pound project is only two years. “Every year after that there will be an ongoing financial benefit, derived from less natural gas imports and a 15% reduction in electricity imports as well as the social and environmental benefit of reducing our CO2 emissions by  250,000t per annum,” explains Mr Simms.

A 75,000m³ gas holder is central to the scheme. Approximately 2,700t of steelwork went into this large structure which is 63m-high to the apex of its rooftop vent, 54m in diameter and erected from steel plates.

Early works on site involved ground preparation and piling, prior to concrete slab and steel floor plate being installed. This then allowed the main steel erection programme to begin, with the uppermost ring of plate steel installed first. Each steel plate is 2.4m high x 11.3m long and one circumference – with welded connections – took seven days to complete.

Next the roof framework was erected consisting of a series of 600mm deep rafters which fan-out to the perimeter from a central point that was temporarily supported on a trestle.

Once the roof was clad the structure was raised by a series of hydraulic jacks placed around the circumference. The jacking process took approximately five hours and raised the entire steel ring 2.4m, which allowed another complete circumference of steel plates to be installed, before the process was carried out again and again until the gas holder reached its full height.

Summing up, the Judges say in a tough industrial environment, this large scheme shows how steelwork contributes to enormous environmental benefits. Waste gases are now treated and transported to a large steel gas holder for reuse. The challenges of working in an operational steelworks were huge. Structural steelwork on a large scale is key to the astonishing pay-back time of less than 3 years!  This is outstanding.