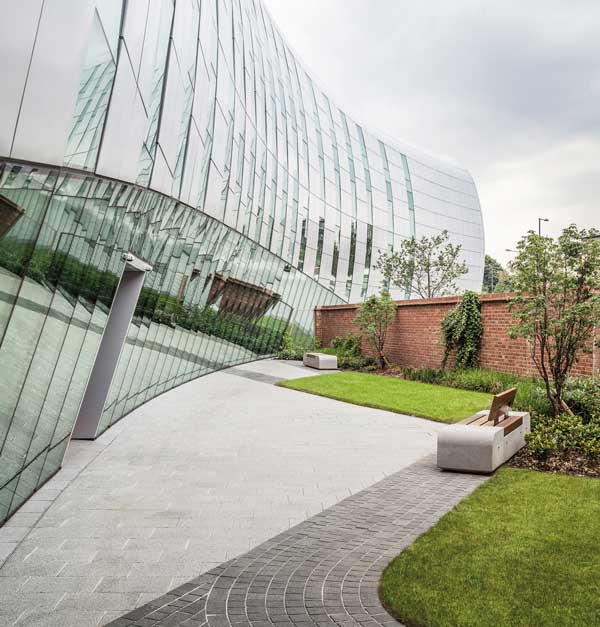 Forming an important part of Slough’s town centre regeneration, the long-awaited £22M Curve learning centre has opened to the public.

Councillor Phillip Wright said this is an iconic community building.

“You’re going to see a different Slough now. It’s a community-based building and we want the community to use it.”
The Curve (see NSC Feb 2015)  is a steel-framed building rectangular in shape and plan. Each of the building’s elevations feature either cantilevers or sloping and curving facades.

The main north side presenting the most striking aspect with a long sweeping, predominantly glazed, elevation looking on to the adjacent listed St Ethelbert’s Church.

With an overall floor space of 4,500m², the centre houses a library, café, office space and a 280-seat performance space.

Initially the Curve was to be built with reinforced concrete, but a redesign of the project, instigated by Morgan Sindall and involving project engineer Peter Brett Associates, resulted in the frame changing to structural steelwork.