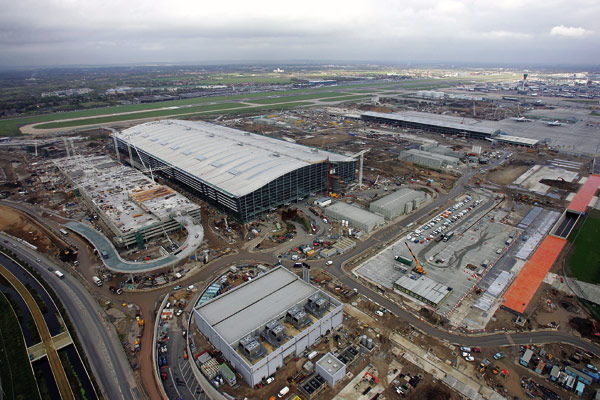 Heathrow Terminal 5, one of the major projects Severfield-Rowen is involved with

Severfield-Rowen has recently picked up the prestigious ‘Company of the Year’ award at the 2005 PLC awards, held at Le Meridien Grosvenor House Hotel in London.

The award goes to a company that has clearly demonstrated that its success is not just a short term phenomenon. The organisers added that Severfield-Rowen had been successful in share price terms and professionally managed, and development to date has been soundly financed.

The PLC awards event was founded in 1987 to reward excellence in the smaller company sector. This year’s event was attended by 1,500 guests which included investment banks, fund managers, investment analysts and corporate advisors.