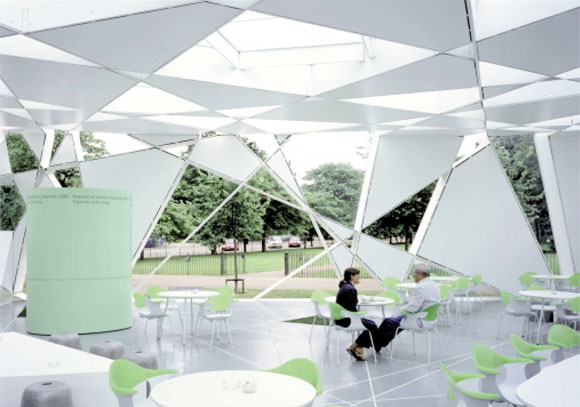 Visitors to Kensington Gardens this summer were faced with an object that must have caused many of them to stop in their tracks and look again. Andy Billinge reports.

On the grass outside the Serpentine Gallery a building had suddenly appeared – or could it be a sculpture? Looking at the complex cat’s cradle of white painted steel bars it was difficult to say which it might be.

What people were seeing was the start of an experimental structure, which would be used as a temporary events pavilion by the Serpentine Gallery. The gallery, despite its limited funding (it is run as a charitable trust) has ingeniously managed to find sponsors willing to subsidise the design and construction of such pavilions for the last three years. The 2000 pavilion was the work of Zaha Hadid and in 2001 Daniel Libeskind collaborated with Arup. Arup was involved again this year and persuaded the Japanese Architect, Toyo Ito, to contribute his services. 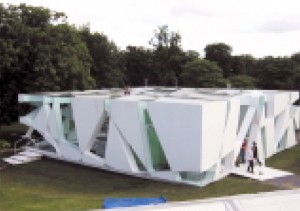 The design which Ito and Arup produced defies normal structural conventions. There are no beams or columns as such; instead a lattice of flat bars is created intersecting at acute angles and spiralling out from a small square at the centre of the roof to eventually reach the ground. The structure is clad in a random mix of white finished aluminium and glass to give the “forms and illusions of transparency” that the gallery’s brief demanded. Fig. 1 shows the completed structure from the outside and Fig. 2 the internal appearance.

William Hare was invited to be one of the sponsors for the pavilion and agreed to undertake the manufacture and site erection of the structure. We had only eight weeks from taking on the contract to have it fully finished on site. Although the project only amounted to some 100 tonnes – small by our normal standards – it was clearly going to give us some headaches.

This was the most complicated building that we had ever seen. It took some studying to even see what was what. Every member was skewed and crossed through others. There didn’t seem to be a right angle anywhere. And on top of that, all the design work had to be done over the Easter weekend.

By Tuesday we had prepared a CAD model in “X-Steel”. We had used X-Steel on other contracts and have found it ideal for complex frames. This was a real test for it though, with the complicated setting out to be done. On the Wednesday there was a design development meeting with Mark Robinson from the Serpentine Gallery, Charles Walker and Daniel Bosia from Arup, and Hiromi Hosoya from Toyo Ito’s Rotterdam office.

It was agreed that as much assembly as possible would take place in the factory, all works joints being welded, and all site joints bolted. Accuracy was fundamental as the glass and aluminium cladding had to be manufactured at the same time that steel fabrication was taking place. Because the steel bars intersected at acute angles our fabrication experts knew that welding stresses and shrinkage could result in distortions that would be difficult to control. Working with Arup, we went through the complete set of design details to ensure that the absolute minimum weld sizes were used. The site bolted joint details were also slightly changed to make sure that tolerances could be accommodated without compromising the architectural intent. 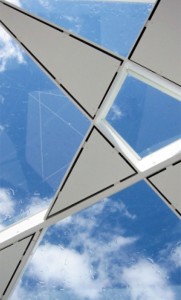 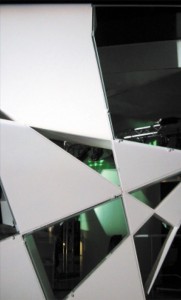 With the X-Steel model it was a simple job to show the client exactly what the structure would look like and it made the job of sorting out some of the trickier details that much easier. No drawings were submitted for approval, the client approved the CAD model and the details came from that. X-Steel also gives a cutting list so we were able to order the steel sections quickly as well. Cutting of the steel sections in the factory was carried out by CNC machines using direct data transfer from the X-Steel CAD model.

When the bars had been cut they were assembled and welded together in purposemade jigs. The development of such complicated jigs would have been a difficult job with traditional drawing but with X-Steel we just took the structure model and added the jigs to it. All the panels were welded completely in the factory, taken out of the jig and the complete structure blast cleaned and given its white paint finish before delivery to site. 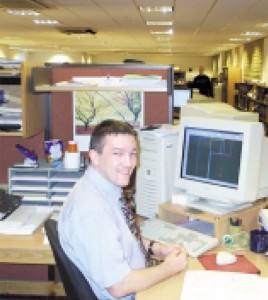 Site assembly began with the construction of a simple steel framed grillage, which supported a timber floor. A temporary scaffold was then built on the floor to support the roof. The side panels were of such a size that they had to be delivered at night and with police escorts. A 120 tonne capacity mobile crane was brought in to lift and place the four side sections. With the sides in place the outer roof modules were installed on the temporary scaffold and bolted to the sides. Installation of further modules progressed from the edges towards the centre of the roof. After all site joints had been bolted the temporary scaffold was freed, allowing the roof to take its own weight.

The pavilion has hosted a summer-long series of events, including talks on architecture, a programme of films from the silver jubilee year, 1977, and the BBC Poetry Proms. It has provoked much comment, not only from the public but also from the architectural and engineering professions.