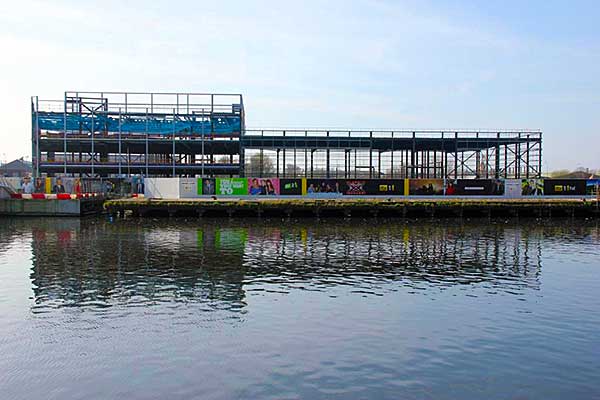 Her Majesty the Queen has completed the official opening of the Media City UK complex in Salford, a project which required more than 8,000t of structural steelwork during its construction phase.

The first phase of this £650M development is centred on a state of the art digital production facility and a new headquarters for the BBC in the north. William Hare supplied and erected the steelwork for the main studio buildings together with the adjacent hotel and office towers.

Primary construction took place between 2009 and 2010 and was one of the largest construction projects in Europe during the last decade. William Hare completed the steelwork package on behalf of main contractor Lend Lease.

Currently on a separate Media City UK site on the opposite site of the Manchester Ship Canal, William Hare is erecting the steelwork for the new ITV Coronation Street Studios (pictured).

The studios are scheduled to open in early 2013.