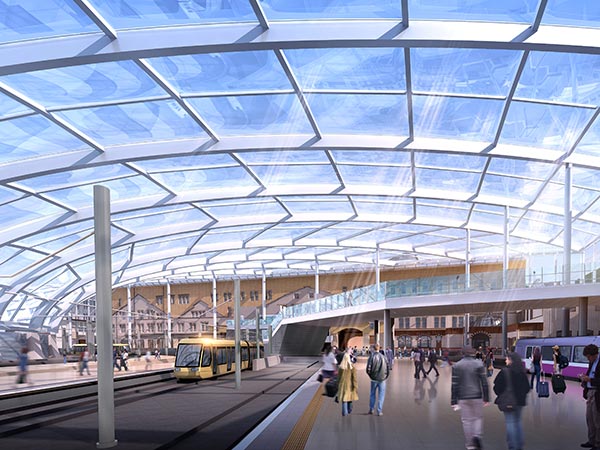 A £44M revamp of Manchester Victoria has kicked off with the dismantling of the station’s wrought iron roof structure. 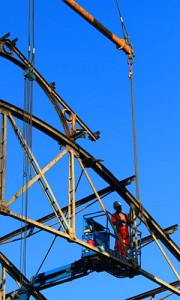 In order to bring the station up to 21st century standards and turn it into a major regional interchange for trains and trams, a new steel and ETFE roof will be erected.

Starting in January Severfield-Watson Structures will be erecting 15 curved fabricated box girders to form the new roof, the longest of which will be 96m-long.

“We will be bringing the girders to site in lengths of up to 24m, welding them up into the required spans before lifting them into place using a 750t capacity crawler crane,” explains Gary Dooley, Severfield-Watson Structures Project Manager.

At one end, the girders are each connected to an 18m high 660mm diameter CHS column via a pin detail. The girders then span over the station concourse and railway lines, and curve down to a concrete buttress foundation.

Other improvements to the station include a new footbridge, refurbishments to the Grade II listed Victorian buildings and a revamp of the existing retail outlets.

The overall project is due to be completed in late 2014.