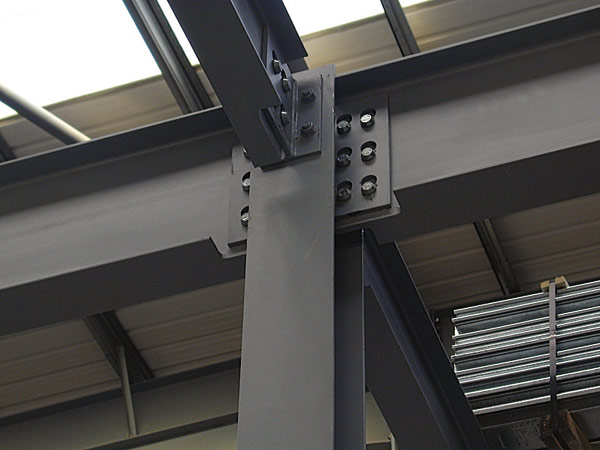 Quicon connectors have been adopted in a project to extend retail space in an Ikea store, where speed of construction is critical. The second project to use the innovative connection system, developed by the Steel Construction Institute (SCI), started on site in mid-January.

The project will provide an additional 5,700m² of retail space in Ikea’s Croydon store by installing mezzanine floors. Bourne Steel has won the contract to supply and erect 240 tonnes of steelwork and a composite metal deck floor.

SCI says the system is the first radical change in erection technology in 50 years, offering substantially quicker construction. It uses T-shaped brackets, of which the top bar of the ‘T’ bolts to a column in the normal way. On the leg of the ‘T’ the holes are elongated so that studs attached to the end of a beam can pass though. The shanks of the studs then move down into the narrower part of the slot. 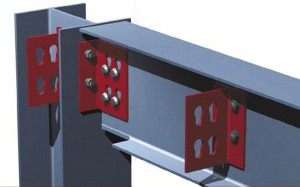 SCI has patented the principle for use in structural steelwork.

SCI Deputy Director Bassam Burgan said that Quicon had been chosen for the Ikea project “because “speed is key.” He added: “On the first job Quicon demonstrated quite substantial time savings.” The first project was also a mezzanine, involving the installation of 100t of steelwork at Land Securities’ Edison’s Park in Dartford.

Bourne Steel Technical Director Alan Pillinger said: “It looks like a product with a lot of potential but you don’t know until you’ve been through the process.

“The Ikea project is a reasonable size, a relatively simple structure, and it’s design and build so we have control over the process. Because we’re working close to the public any reduction in on-site time is a real bonus. So we’re using the project as a trial run to see if there’s merit for use in the future.”

Both the connecting pieces and special bolts are available ex-stock. A single stud size has been adopted as standard, and connection plates are available to suit universal beam sections from the 300 series to the 600 series, covering the most common applications. Vertical shear capacity is slightly less than a fin plate of similar size because more material is removed from the plate to form the slots.

Design approaches to BS5950 and Eurocode 3 have been developed and connection design checks have been incorporated into RAM software suites.