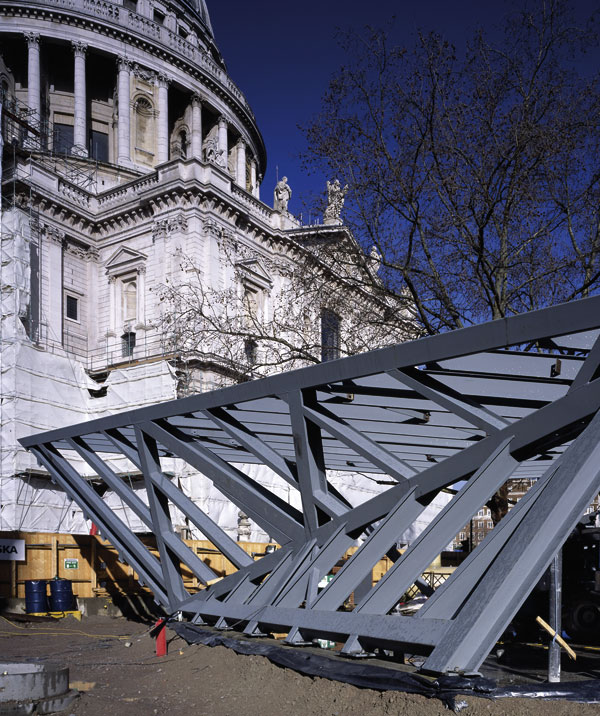 A new and distinctive steel framed kiosk has recently been erected in front of one of London’s most famous landmarks in one overnight programme.

The new visitor information centre in St Paul’s Churchyard had to be fabricated off-site and erected in one day because of the confined site and the need to minimise daytime disruption.

Consequently, architects for the project, Make, designed a structure that combines both simplicity and efficiency, while also being robust enough to resist deflection while being transported and lifted into position.

Nick Scott, Project Manager for Watson Steel, said: “Speed was critical to the project and the main structure, which consists of two 22m-long trusses each weighing 8.5t, was brought to site and erected during one Sunday night.”

“We came back on the following Tuesday and installed the roof steel and then painted the steelwork the next day, which completed our work,” said Mr Scott.

The two trusses slope upwards to sharp points either side of the main entrance. They are made up of a series of hollow sectioned rectangular steel ribs laid in parallel like fish bones. These ribs coincide with the joins in the stainless steel cladding panels so that these can be bolted directly through plywood sheathing to the structural frame.

Watson Steel fabricated the trusses in its workshops in Bolton with precision welding that would not have been possible on site.