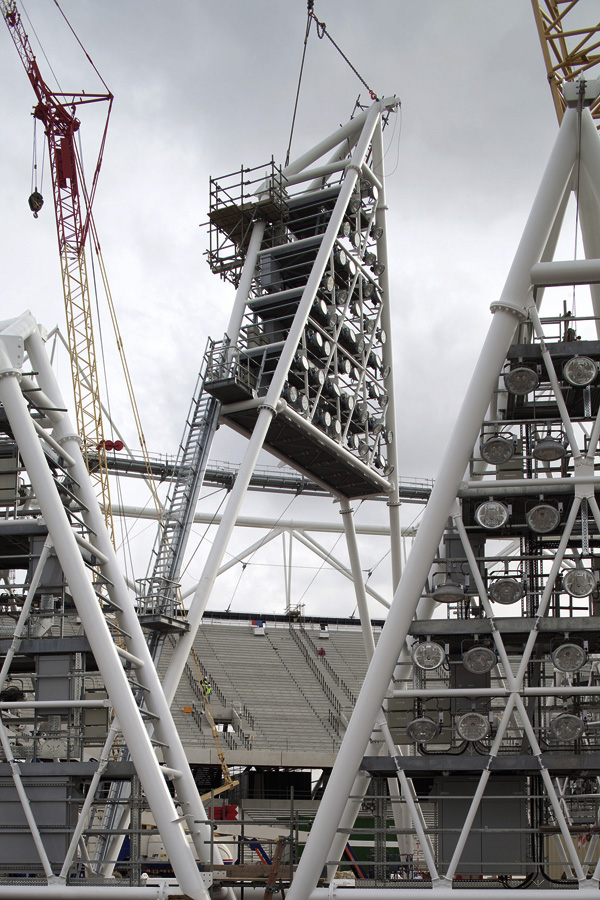 The centrepiece structure for London 2012, the Olympic Stadium, has reached its full height of 60m above the field of play after the venue’s steel lighting towers were lifted into place.

A 650t capacity crane was assembled in the middle of the stadium to the lift the 28m-high lighting towers on top of the inner ring of the cable net roof.

The towers, which will illuminate the action on the field of play and are necessary for high definition footage, are located high above the stadium to ensure optimum lighting angles which avoid dazzling spectators, photographers and competitors.

A total of 14 lighting towers, each weighing 34t and designed with integrated walkways, access, power supplies and cabling, have been installed. Steelwork contractor for the project is Watson Steel Structures.

Olympic Delivery Authority Chairman John Armitt said: “The Olympic Stadium will be at the heart of the action in 2012 and its image will be beamed to billions of people across the world. The team has made impressive progress over the last year and we are on schedule to finish by the summer of 2011 to give a year for test events.”