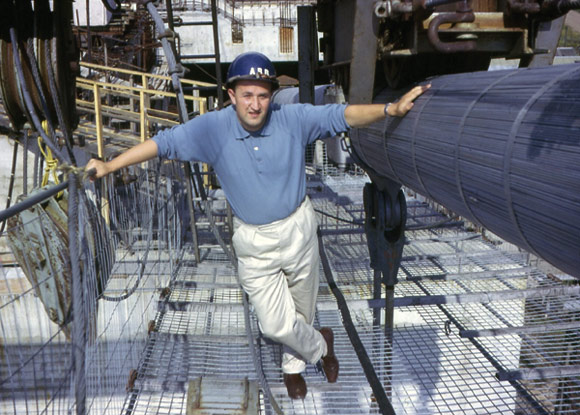 Rod Foster, warmly acknowledged by colleagues as one of the quiet heroes of steel bridge engineering, has died peacefully at home, on his 65th birthday. Mr Foster spent over 40 years of his life in steel bridge engineering and he had a portfolio of project experience to rival many of the more publicly prominent engineers of his generation. Among those he worked for were Dorman Long, Fairfield Mabey, Cleveland Bridge and Cass Hayward & Partners.

Rod was born in Redcar, North Yorkshire. He joined Dorman Long at the age of 15 as a Trainee Structural Designer/Draughtsman., achieving a Diploma in Civil and Structural Engineering via evening study in August 1963. His ‘Theory of Structures’ paper earned him the prize of a gold watch which was presented to him by the BCSA .

Dorman Long soon moved him south to work on the superstructure erection of the Severn Suspension Bridge in1964. He became Senior Site Engineer on the Luangwa Bridge in Zambia. He returned to Dorman Long’ in 1969 and in 1970 became a Chartered Civil Engineer.

The lure of large steel bridges brought Rod in 1970 to join Fairfield Mabey as their Chief Engineer for the Avonmouth Bridge. He stayed at Fairfield Mabey for 13 years, his more prominent projects including the erection of the steelwork for the new road deck on Britannia Bridge over Menai Straits.

Rod joined Cass Hayward & Partners in 1983 where he was responsible for many innovative approaches to bridge design and erection.

Towards the end of his career Cleveland Bridge called on Rod’s experience to assist with the Tsing Ma Bridge in Hong Kong. He has left many legacies within the office and some of his design methods remain in use despite the much extended use of computers since his time.