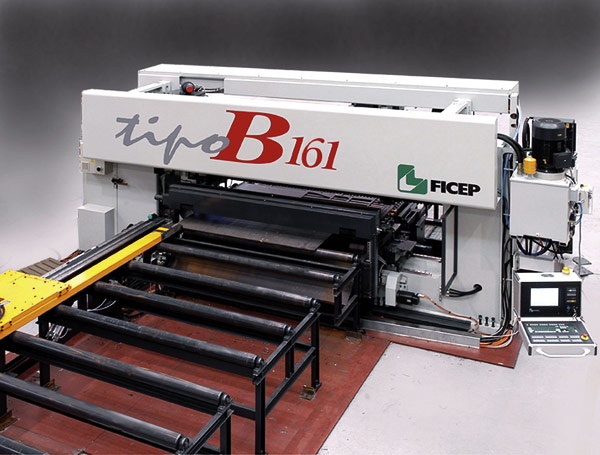 FICEP has launched a new Scribing System which is said to automatically make lines and weld symbols as well measurements on beams, thereby reducing the normal labour intensive marking out process.

The new feature is now available on FICEP’s 1002 DZB, a drilling and sawing line with a twin rotating head that can high speed drill beams on all sides.

The machine has two, six position linear tool changers as standard and accepts any kind of drilling, countersinking, milling or tapping tool.

Another FICEP unit which is equipped with the new Scribing System is the TIPO B161. This machine is an automatic line for punching, high speed drilling and milling of large and high thickness plates.

The TIPO is said to perform a wide range of functions including milling and scribing, using both oxy-cutting and plasma cutting systems.