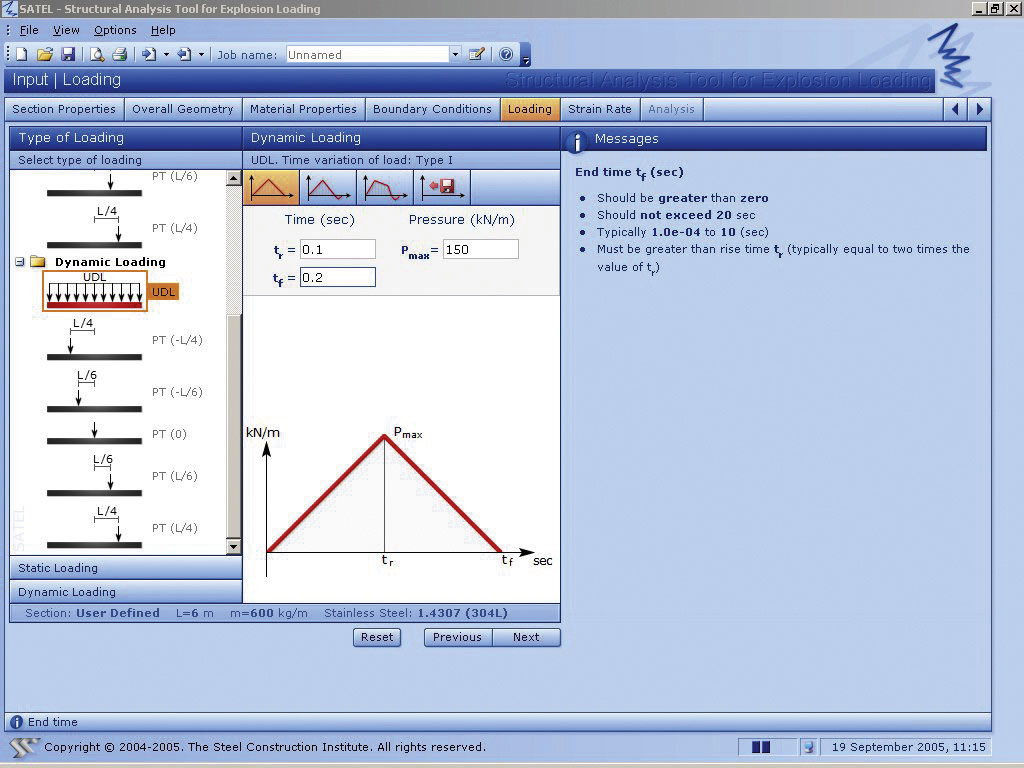 SATEL — Structural Analysis Tool for Explosion Loading — was developed by the SCI in a joint programme with the Health and Safety Executive, defence technology specialist Qinetiq, and blast wall manufacturer Mech-Tool.

The most widely used standard for explosion design is the US Department of the Army, the Navy and the Air Force Manual TM5-1300. It is based on the long-standing Biggs approach to design.

Both the Biggs method and SATEL apply to beams, columns and panels (such as blast walls) spanning between two supports. SCI Principal Engineer Viken Chinien said: “Because an explosion is an extreme event, you’re allowed to use plasticity, yield and everything you can get from the structure.”

SATEL is designed to achieve a very fast first pass analysis for blast analysis of steel elements. The analytical methods behind SATEL bring a number of significant improvements to take advantage of more of the load capacity of the steel under extreme events.

First, whereas Biggs only allows pinned or fixed supports, SATEL allows a moment capacity or rotational stiffness to be specified at each support.

The software will be available commercially from October.