London has more than 500 towers in the pipeline 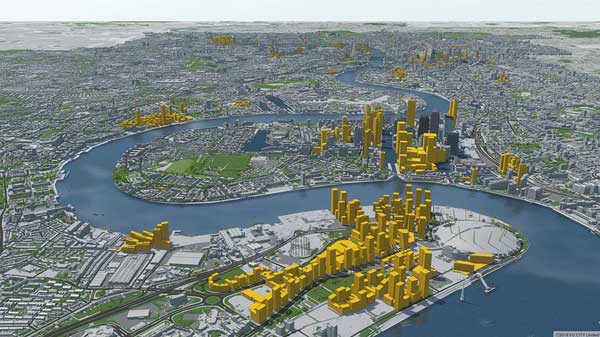 London now has more than 500 tall buildings planned and a record 115 under construction, according to new research published by New London Architecture (NLA).

The fifth NLA London Tall Buildings Survey, with research partners GL Hearn and data provider EG, reveals that, despite signs of a slowdown, London has 510 tall (over 20 storeys) buildings proposed, in planning or under construction, compared to 455 in 2016, and with 115 schemes under construction.

Half of the tall buildings pipeline is in east London with 252, followed by central London with 99, and a third from outer London.

GL Hearn Planning Director Stuart Baillie said he was anticipating a boom of completions in the next two years, but with Brexit and skills issues at the fore that may be optimistic.

“We will have to see if the projected boom in the next two years will happen,” he added.

Chairman of NLA Peter Murray said: “We continue to see a steady increase in the number of tall buildings coming forward and with London’s population continuing to increase and the demand for new homes only getting higher, our view remains that that well designed tall buildings, in the right place, are part of the solution.

“Uncertainties and challenges to deliver these tall buildings remain, which is perhaps why we are seeing a slight slowdown in the in the number of applications, construction starts and completions.

“However, our reports over the past five years show us that in the right places, towers allow us to use the finite resource of land very efficiently.”