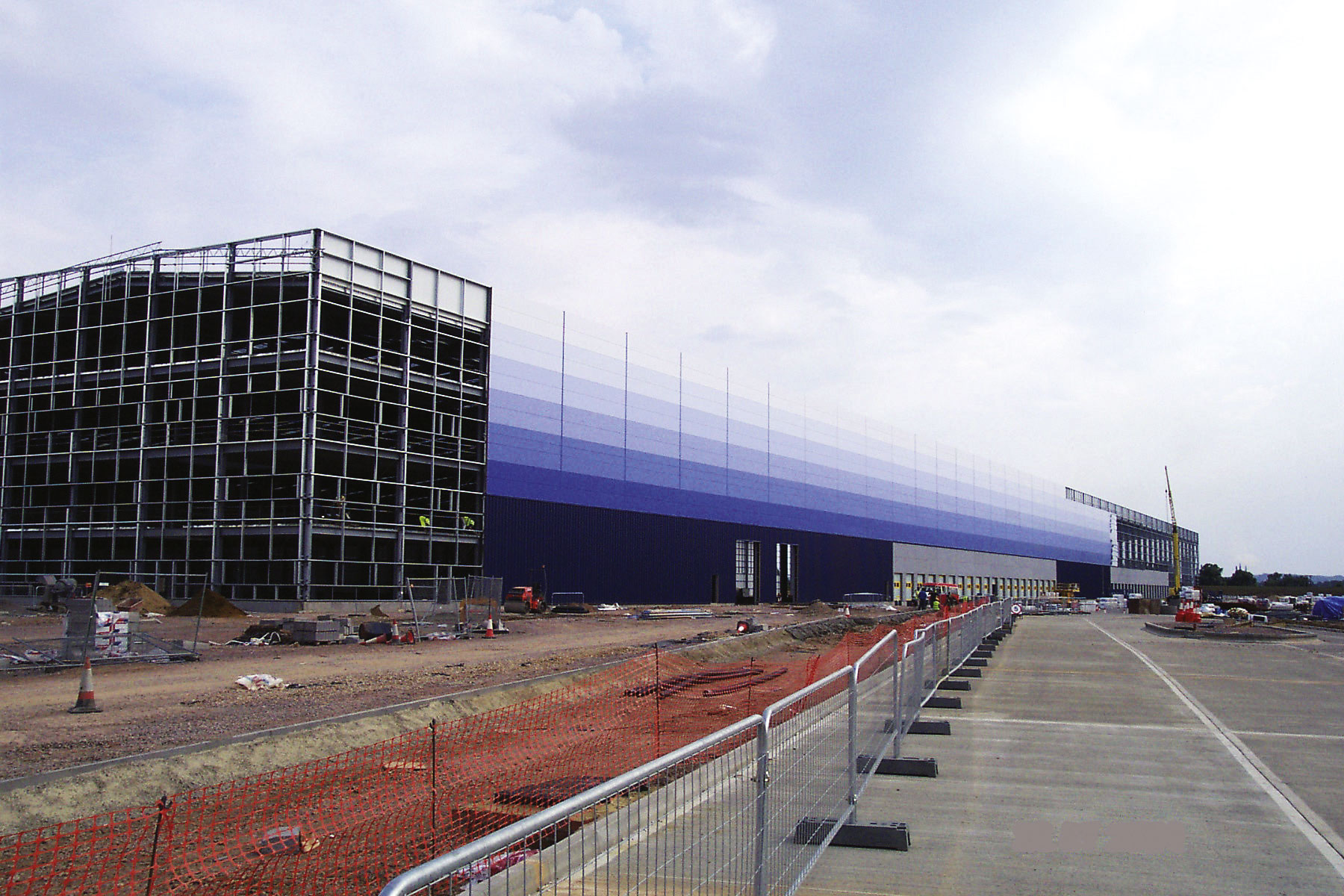 The 42,000m² G.Park Bedford is one of a number of centres being developed by Gazeley Properties across five UK sites. The completed building was handed over to the client in November.

The speculatively-built structure consists of four 29m portal frames and overall is 360m long, 116m wide and has a clear height of 15m. Its location in Bedford gives it good strategic links via both the M1 and the A1.

Atlas Ward Structures Engineering Manager Jim Martindale says the project was technically relatively straightforward: “The challenge was in the turn-round time,” he says. “From receipt of order to handover we had 13 weeks: seven weeks’ fabrication and six weeks’ erection.”

It was possible to achieve this speed through experience on other contracts, Martindale said. The project was one of a number of recent design and build contracts it has carried out with the same team. This comprises Gazeley, main contractor UK GSE, consulting engineer Capita Symonds, architect Chetwood Associates and quantity surveyor W H Stephens. GSE is responsible for the design and construction of logistics facilities developed by Gazeley throughout Europe, specialising in the construction of bespoke, turnkey buildings.

“The benefit of working with familiar faces is that we know what the client wants. This eliminates variations and helps us to achieve a fast programme,” says Martindale.

Estimating Manager Ian Rackham adds: “As Gazeley use the same two or three architects and engineers on a regular basis, the teamwork approach works a treat.

“The flow of information is always a difficulty on construction projects, so the benefits of keeping the same team together from one project to the next are clear for all to see. For example, using the same details at eaves, valleys or doors can chop out long periods of time waiting for details to come through, which ultimately improves both the lead-in time and the overall programme period.”

Rackham says there is still scope to make the process even more efficient, which will benefit the Gazeley team and create repeat business from other key clients.

The market for large distribution sheds of around 20,000m² to 80,000m² is growing. Atlas Ward built around 15 in 2004 and demand appears to be con-tinuing into the first half of this year, Rackham says.

This reflects healthy growth in the industrial sector generally, fuelled by the rise in consumer spending. Atlas Ward’s industrial portfolio rose 85% to £29M in 2004.

Gazeley, a subsidiary of WalMart which specialises in developing distribution property, has 12% of the UK market and has developed over 2,000,000m² of space in the UK in the last 15 years. This includes Europe’s largest dedicated distribution park, Magna Park in Leicestershire. It has started to introduce the concept across Europe where it plans to develop 30 logistics parks, based on the Magna Park model.