Leicester Tigers get a lift 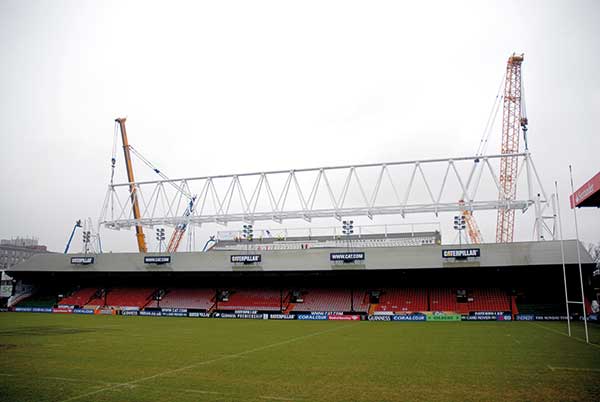 The truss measured 104m long x 35m high x 12m deep and was delivered to site in more than 40 separate pieces and then assembled on site. Weighing 250t, the assembled truss was erected in a tandem lift involving two 1,000t capacity cranes.

Supporting the roof truss are two 23m high support pylons which were delivered to site in one piece and erected earlier the same week.

Caunton’s on-site team said the entire lifting procedure began at 7.30am when the lifting shackle was bolted to the truss. The erection process was then completed by 10.45pm that evening.