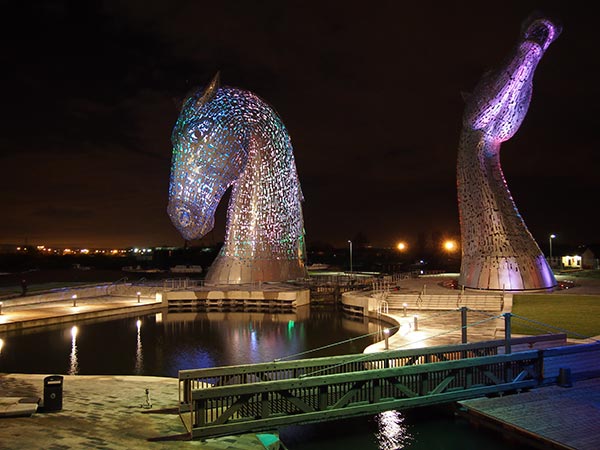 The Helix Development in Falkirk, famous for its Kelpie sculptures, has won the Saltire Society 2014 Civil Engineering Award, presented in association with the Institution of Civil Engineers (ICE) Scotland at a special ceremony at the National Museum of Scotland.

Transforming a 300-hectare site from disused scrubland into a modern urban green space, The Helix is completed by Andy Scott’s iconic Kelpie sculptures which stand either side of the Forth and Clyde canal.

“There is no doubt that the Kelpies have quickly become another iconic must see visitor attraction and will be an internationally recognised landmark for many years to come.”

Kelpies designer Andy Scott said: “The inspiration for the original design came from one of the chief engineers at British Waterways, nearly nine years ago. He was quite inspired by the mythological sea horses but I took that in a completely different direction and I wanted to celebrate the heavy horses that were part of Scotland’s industrial history.”