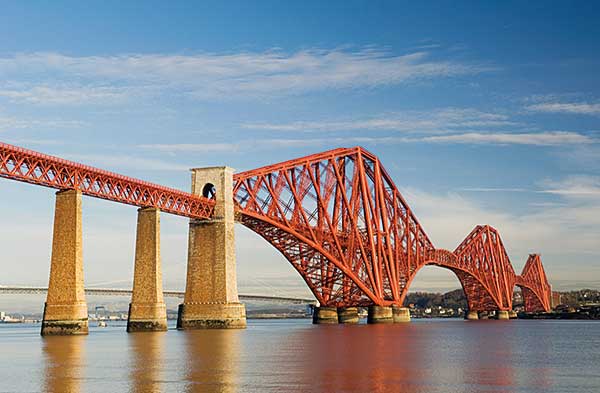 The Forth Bridge, the first major structure in the UK to be built with steel, has been chosen to be put forward to Unesco for possible world heritage status.

The railway bridge, which spans the Firth of Forth in the east of Scotland, is represented by the Forth Bridges Forum, and it is now preparing a bid for consideration in 2014, with a final decision expected the following year.

Scottish Culture Secretary Fiona Hyslop said: “The bridge is a Scottish icon that is recognised the world over. If it is successful, it would be a tremendous accolade.”

Opened on 4 March 1890, the cantilever bridge has an overall length of 2,528m and contains more than 64,000t of steel, which was provided by two steelworks in Scotland and one in Wales.

Even today, the structure built by Glasgow based company Sir William Arrol, is regarded as an engineering marvel. The double railway track is elevated 46m above the water level at high tide. It consists of two main spans of 521.3m, two side spans of 207.3m and 15 approach spans of 51.2m.